Box Office: Can STX Catch a Break With ‘Hustlers’? 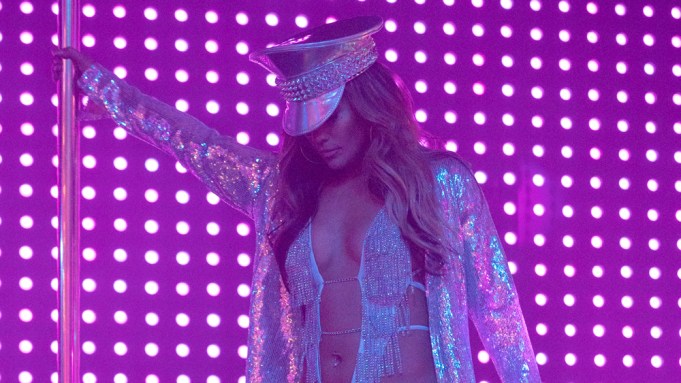 After a rough couple months for STX, help could be on the way in the form of a pole-twirling, Robin Hooding Jennifer Lopez.

“Hustlers,” a heist drama about a group of strippers who turn the tables on their Wall Street clientele, looks primed to be a box office hit when it arrives on the big screen this weekend. The R-rated comedic thriller is expected to earn between $20 million and $26 million when it debuts in 3,250 North American theaters. Those ticket sales would be an especially solid start at a time when Netflix and other streamers are challenging audiences’ appetite for mid-budget fare at multiplexes.

For STX, “Hustlers” would be more than just a win for counterprogramming against blockbusters like Warner Bros. “It: Chapter Two.” After a string of summer flops such as “Uglydolls,” “Poms” and “The Best of Enemies,” box office success for “Hustlers” would be a sign of renewed confidence in the mid-level studio. While STX has fielded the occasional hit, the company hasn’t quite found its footing when it comes to offering cost-effective comedies and dramas that moviegoers actually want to see. Earlier this year, the studio scored with the feel-good drama “The Upside,” which STX bought after the Weinstein Company went under. The company recently teamed with Lopez on “Second Act,” a romantic comedy that collected $72 million from a $16 million budget. “Hustlers” was slightly pricier with a $20 million price tag. If “Hustlers” reaches the higher end of estimates, it could mark a record opening weekend for STX. That benchmark is currently held by the raunchy comedy “Bad Moms” ($23.8 million).

Unlike “Uglydolls” and “Poms,” “Hustlers” has the benefit of critical support. The movie arrived to much fanfare — and Oscar buzz for Lopez — after its worldwide premiere at this year’s Toronto Film Festival. Written and directed by Lorene Scafaria, “Hustlers” is based on Jessica Pressler’s 2015 New York magazine article titled “Hustlers at the Score.” While festival buzz doesn’t always translate into ticket sales, “Hustlers” should also prosper from a high-wattage cast that includes Constance Wu, Julia Stiles, Keke Palmer, Lili Reinhart, Lizzo and Cardi B.

Scafaria, along with producers Will Ferrell, Adam McKay and Jessica Elbaum, began developing the movie at Annapurna, the studio behind auteur-driven favorites like “If Beale Street Could Talk” and “Phantom Thread.” But after dropped the film amid financial struggles, STX nabbed the rights.

“Hustlers” is debuting against another adult-skewed title that didn’t get quite the same buzz out of Toronto. Warner Bros.’ mystery drama “The Goldfinch” is hoping to generate $7 million to $12 million from 2,542 venues. The mystery drama, which cost $40 million to produce, is based on the Pulitzer Prize winning novel by Donna Tartt. Ansel Elgort stars as Theo, a young man who turns to art forgery after losing his mother in a freak tragedy. “The Goldfinch” holds a bleak 27% on Rotten Tomatoes. Variety’s Owen Gleiberman maintains the movie is faithful to the source material, “yet still misses the book’s captivating essence.”

Even if “The Goldfinch” struggles, Warner Bros. will still dominate domestic box office charts. The studio’s horror sequel “It: Chapter Two” will again reclaim first place on box office charts and could earn $45 million during its second weekend in theaters. Directed by Andy Muschietti, the culmination to the film adaptation of Stephen King’s terrifying novel launched with $91 million in North America. “It: Chapter Two” has since generated $190 million in worldwide ticket sales, with $94 million of that haul coming from overseas.