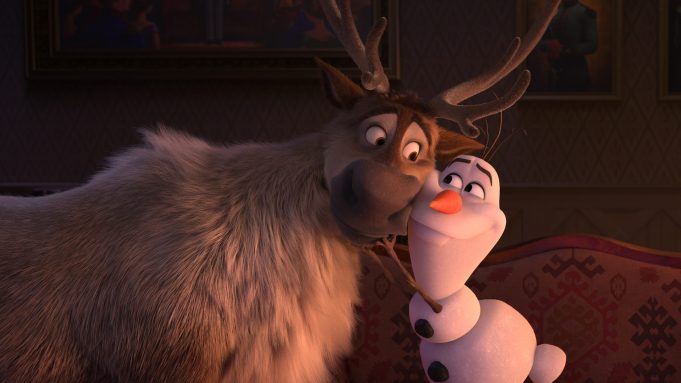 That’s well above the $100 million launch that Disney was forecasting for the sequel, which will provide a much-needed jolt to the moviegoing business. The 2019 North American box office trails last year by 6.7%, with $9.71 billion as of Nov. 20, according to Comscore.

Should it hit these estimates, “Frozen 2” will be the biggest domestic opening since the July 19-21 launch of Disney’s “The Lion King” with $191.8 million. Disney revised its guidance at mid-day Friday, lifting its forecast to the $110 million to $120 million range.

Disney-Fox’s second weekend of “Ford v Ferrari” will finish second with about $18 million, besting Sony’s opening of “A Beautiful Day in the Neighborhood” with about $14 million — in line with projections. STX’s launch of thriller “21 Bridges” will likely score in the $9 million range, somewhat below forecasts.

“Frozen 2” launched Thursday night with $8.5 million in previews, which will be part of its Friday total of about $45 million, estimates showed. “Frozen 2” comes six years after the original “Frozen,” which was a smash hit as the highest-grossing animated movie ever, raking in $400 million in North America and $1.28 billion worldwide in 2013.

“Frozen 2” sees the return of the popular characters Elsa (voiced by Idina Menzel), her sister Anna (Kristen Bell), Kristoff (Jonathan Groff) and Olaf (Josh Gad) as they venture beyond the kingdom of Arendelle to find out why Elsa was born with magical powers. The directing team of Chris Buck and Jennifer Lee also returned along with songwriters Kristen Anderson-Lopez and Robert Lopez.

Disney has opted to open “Frozen 2” during the pre-Thanksgiving weekend. The original “Frozen” launched on the Wednesday before Thanksgiving in 2013 and set a holiday record with a five-day take of $93 million.

Sony’s feel-good drama “A Beautiful Day in the Neighborhood,” starring Tom Hanks as Fred Rogers, has dazzled critics and earned a 96% Rotten Tomatoes score. The movie, which carries a $25 million price tag, chronicles the friendship between Rogers and journalist Tom Junod (portrayed by Matthew Rhys).

The R-rated “21 Bridges,” starring Chadwick Boseman, had been forecast to launch around $13 million from 2,665 venues. Boseman portrays an NYPD detective who closes down every bridge in Manhattan as part of a citywide manhunt.