The Biggest Box Office Hits and Flops of 2019

Barring a Hollywood ending, 2019 will not go down as a year for the record books.

Heading into the Christmas holiday, box office receipts are down nearly 4.6% at roughly $11.88 billion, marking the steepest drop in half a decade. The lackluster results are a consequence of too many blockbuster-hopefuls that weren’t, and misguided attempts to reboot, revive and reanimate tired franchises that had worn out their welcome. Moviegoers shouldn’t hold their breath for any more “X-Men” adventures or “Charlie’s Angels” outings, and any dreams of a “Cats: Part Deux” have been effectively declawed.

Despite those duds, there were bright spots aplenty. Robert Downey Jr.’s Iron Man got a rousing sendoff with “Avengers: Endgame,” supplanting “Avatar” as the highest-grossing film in history. “Us” secured Jordan Peele’s place as the dominant force in horror, spinning a zeitgeisty hit that rivaled the success of his previous film, “Get Out.” And “Joker” reinvented the comic book genre with a vengeance, turning the story of a failed comic’s turn to the dark side into an unorthodox crowd pleaser.

To assess this year’s biggest hits and misses, Variety didn’t just go purely by final grosses. We looked at the film’s profit margins, cultural impact and, in some case, counter-programming prowess. With that in mind, here are 2019’s biggest success stories and cautionary tales.

Now that’s what we call a finale. “Avengers: Endgame” served as a culmination (of sorts) to the decade-spanning Marvel Cinematic Universe. Anticipation to see Robert Downey Jr.’s Iron Man, Chris Evans’ Captain America and Scarlett Johansson’s Black Widow assemble to take down the purple baddie named Thanos might never be duplicated. Disney’s superhero epic eviscerated just about every box-office record imaginable on its way to dethroning “Avatar’s” 10-year reign as the biggest movie in history. Bow down to Earth’s Mightiest Heroes. 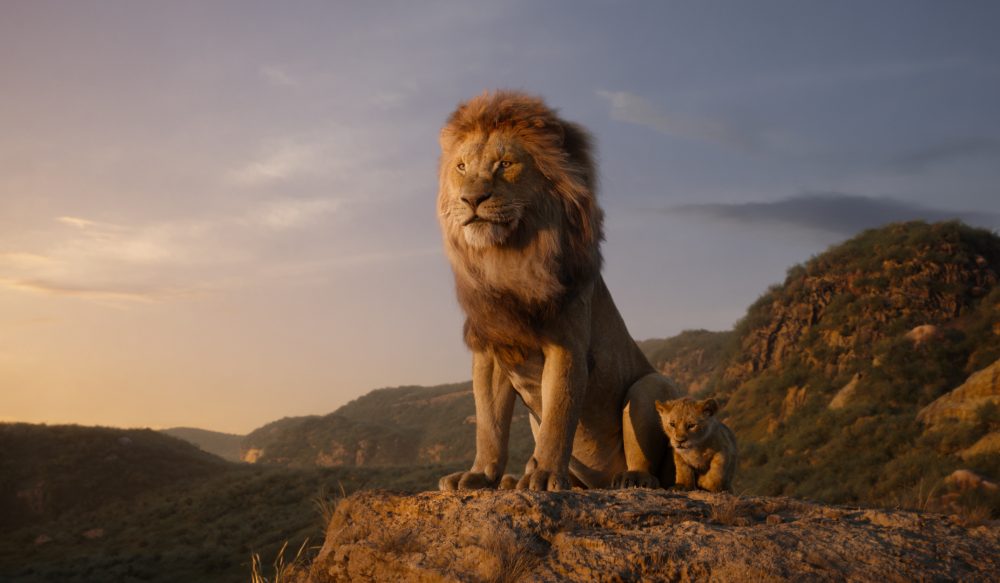 Can you count the money tonight? A generation of moviegoers who grew up on the story of Simba’s rocky journey to assume his place as leader of the Pride Lands was able to take their own children to this CGI re-imagining of Disney’s animated classic. That made “The Lion King” an all-ages smash that had its corporate backers at Disney humming “Hakuna Matata” all through the summer.

The craziest comic book smash in movie history. Director Todd Phillips and star Joaquin Phoenix reimagined the Clown Prince of Crime as an anti-hero out of a Scorsese film — tortured, twitchy and hanging onto his sanity by the slenderest of threads. Then they plunged him into a cesspool of urban decay, saddled him with the battiest maternal figure since Mama Bates and repositioned Joker as an archangel of anarchy. Despite the bleak nature of the material, audiences turned out in droves, leaving Warner Bros. and DC Films laughing all the way to the bank. Plus, with a budget of just $55 million, “Joker” has some of the most enviable profit margins in history.

After “Get Out” became a sensation, it’s no surprise audiences were dying to see the next thriller from Peele. The mind-bending nightmare about a family forced to confront their own doppelgangers crushed opening weekend expectations, becoming another word-of-mouth hit and further cementing Peele’s box office power. Even sweeter, Universal and Blumhouse kept costs to a minimum, meaning more spoils for those able to fend off their creepy lookalikes.

“Once Upon a Time in Hollywood”
Production budget: $90 million
Global box office: $372 million

Who says that movie stardom is a thing of the past? Moviegoers flocked to theaters, hoping to bask in the combined wattage of Leonardo DiCaprio, Brad Pitt and Margot Robbie. That constellation of A-list talent enabled Quentin Tarantino’s ode to the golden age of movies to become an unlikely popcorn-season sizzler. Debuting in July, at a time when most movies are comic book adventures or sequels to dog-eared franchises, Sony’s “Once Upon a Time” represented that rarest of offerings. A completely unique creation and a bold bet on originality. It was a gamble that paid off.

It’s rare that the third entry in a franchise becomes its most successful. Even rarer? Passing that benchmark in less than two weeks. Keanu Reeves, continuing his charm-offensive tour as the internet’s boyfriend, propelled the action series to new heights. And he’s not done exacting his revenge: Lionsgate expectedly greenlit a sequel.

The story of Elton John’s rise and fall and rise again was a master-stroke of counter-programming. Hitting theaters in the midst of summer, the biopic leaned on a soundtrack of chart-toppers and a chameleonic turn by Taron Egerton to lure in older audiences who were disenchanted with special-effects saturated franchise fare. There were bigger hits, to be sure. But Paramount’s “Rocketman” gets points for daring to punch up against other box office heavyweights and somehow managing to hold its own.

In the golden age of streaming, STX’s “Hustlers” became one of the few success stories that’s not from a pre-existing franchise or based on well-known IP. But thanks to show-stopping turns from Jennifer Lopez and Constance Wu, the crime drama found itself in the center of the cultural conversation. “Hustlers,” inspired by a 2015 New York Magazine article about professional New York strippers who double-cross their wealthy Wall Street clientele, turned into a must-see for moviegoers.

This is how a franchise ends. An X-Men sequel few asked for resulted in a box office catastrophe that lost an estimated $120 million when marketing costs are taken into account. It’s bad news for Disney, which inherited the rights to the X-Men when it purchased much of 21st Century Fox’s entertainment assets. It will now fall to Marvel guru Kevin Feige to find something salvageable in a cinematic property that’s grown stale. Given his track record, he may be able to pull off a miracle. Still, with grosses like this, it will be a long time before Xavier’s School for Gifted Youngsters makes another big-screen appearance.

Talk about a musical adaptation that hit all the wrong notes. Burdened with creepy CGI (pardon us, “digital fur technology”), the first trailer for “Cats” went viral on social media for all the wrong reasons when it debuted this summer. It never recovered. The bad buzz, combined with savage reviews, effectively euthanized Tom Hooper’s film when Universal opened it in theaters this month. Now, the movie ranks as one of the year’s biggest critical and commercial misfires.

After “Terminator Genisys,” Paramount’s most recent attempt to revive the cyborg series, fizzled at the box office, you’d think they’d have put this wheezing, heaving and fading franchise out to pasture. No luck. Instead, moviegoers were treated to “Dark Fate,” the latest attempt to resuscitate a storyline that was past its expiration date. Even reuniting Arnold Schwarzenegger and Linda Hamilton wasn’t enough to restore interest in a set of movies that had their heyday back when the first George Bush was president.

Some great stories are better left on the page. Warner Bros.’ misbegotten adaptation of Donna Tartt’s bestseller gives a master class in how not to translate beloved novels into movies. It’s over-stuffed with plot and characters, and clearly should have been a mini-series. Even people who loved the book steered clear of this turkey.

Two Will Smiths couldn’t save “Gemini Man.” After a nearly 20-year gestation to the big screen, director Ang Lee’s big technological bet, one that pitted Smith against a younger version of himself, fell flat with audiences. Paramount and Skydance’s pricey sci-fi spectacle just barely recouped its production budget and stands to lose around $75 million. 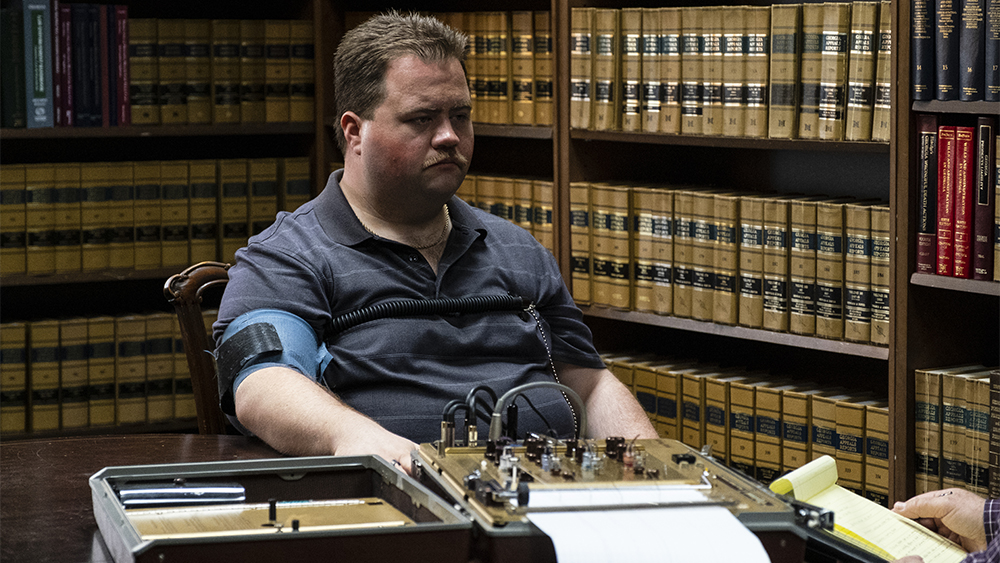 Warner Bros.’ “Richard Jewell” is the rare movie on this list beloved by critics. But despite solid reviews, Clint Eastwood’s real-life drama about the security guard wrongly accused of playing a part in the 1996 Olympics bombing was largely ignored by moviegoers. Looks like the world might not know Richard Jewell’s name.

This awkward attempt to reboot an aging franchise wasn’t exactly heaven-sent. Credit to writer and director Elizabeth Banks for trying to find a way to inject some female empowerment into a series that historically played as a heavy dose of male fantasy. But the sad truth is some pieces of intellectual property are just inherently dated and don’t play to modern mores. RIP.

STX intended for “UglyDolls” to kick off a new franchise. Instead, it served up a face-plant of epic proportions. Terrible reviews aside, the fate of “UglyDolls” was sealed when it opened a week after “Avengers: Endgame.” New tunes from Nick Jonas and Kelly Clarkson couldn’t save this animated family film from getting crushed in the wake of Marvel’s box office behemoth.

“Midway,” director Roland Emmerich’s WWII epic, might be the most expensive film on this list that nobody has ever heard of. It was touted as one of the costliest independent movies made. Then it’s a shame they didn’t use some of that to promote the film.

This animated adventure pulled in an embarrassing $668,000 in its debut, one of the worst opening weekends in history. Variety’s Guy Lodge likened the film to a “feature-length” commercial for the Germany-based toy company, which failed in part because it’s virtually unknown to North American audiences. It’s back to the junkyard for these plastic cars.