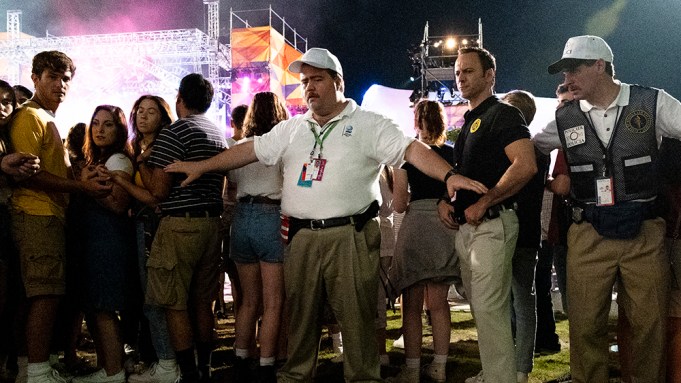 Clint Eastwood might end up with a lump of box office coal after “Richard Jewell” sputtered in its domestic debut. Despite critical acclaim, Warner Bros.’ drama about the security guard falsely accused by the media for playing a part in the 1996 Olympics bombing ignited with a dismal $5 million from 2,502 theaters.

It’s a disappointing result for Eastwood, marking one of the worst nationwide openings of the 89-year-old’s directorial career. His only movie to endure a worse fate was 1980’s “Billy Bronco” with $3.7 million. Should “Richard Jewell” come in ahead of expectations by even $200,000, that would propel it just barely above 1997’s “Midnight in the Garden of Good and Evil” ($5.2 million) and 1999’s “True Crime” ($5.2 million) in terms of Eastwood’s inaugural outings.

“It started out with so much promise in terms of awards season buzz,” said Paul Dergarabedian, a senior media analyst at Comscore. “You’ve got a really high-profile filmmaker with a movie that had a lot of acclaim.”

Eastwood’s films don’t traditionally have huge opening weekends — his strongest being 2014’s “American Sniper” ($89 million) followed by 2016’s “Sully” ($35 million) — but tend to benefit from strong multiples. Likewise, December releases usually see smaller starts and can enjoy long legs during the holiday season. Heading into the weekend, “Richard Jewell” was expected to earn $10 million. Given the crowded market, sources estimate that “Richard Jewell” could tap out in North America with $25 million to $30 million and might result in tens of millions in theatrical losses. The movie cost $45 million to produce.

“Richard Jewell” made headlines of its own, coming under fire for its portrayal of the late Atlanta Journal-Constitution journalist Kathy Scruggs. The film suggests the reporter, portrayed by Olivia Wilde, offered to trade sex with an FBI agent (played by Jon Hamm) for a scoop about the case. Scruggs, with reporter Ron Martz, broke the story of Jewell being under suspicion by the FBI. He was cleared after 88 days.

The Atlanta-Journal Constitution requested that Warner Bros. note “some events were imagined for dramatic purposes.” However, Warner Bros. shot back, releasing a statement last week that said, “The film is based on a wide range of highly credible source material.”

Wilde responded to the controversy on Twitter, addressing Eastwood’s artistic license. “I cannot speak for the creative decisions made by the filmmakers, as I did not have a say in how the film was ultimately crafted, but it’s important to me that I share my personal take on the matter,” Wilde wrote, adding “Nothing in my research suggested she did so, and it was never my intention to suggest she had.”

Unlike the breakout success of “Joker,” the debate surrounding “Richard Jewell” did little to inspire interest among moviegoers. The sparse ticket buyers who did show up on opening weekend enjoyed the film, awarding it an A CinemaScore. Nearly 60% of crowds were male, while half were over the age of 50 — a typical result for an Eastwood film.

“It’s hard to know what it would have done without the controversy,” Dergarabedian said. “The controversy created huge conversation for a movie that opened under what people expected. That being said, because we’re talking about it, there may be that curiosity factor that brings people out.”

Despite a soft start, box office experts predict there’s a chance “Richard Jewell” can endure in theaters around Christmas. Last year, his crime drama “The Mule” kicked off with $17 million and ended its domestic box office run with $103 million.

“Often, you’ll see adult dramas in the holiday season leg out even if they don’t generally pop on opening weekend,” Dergarabedian adds. “Eastwood’s movies tend to appeal to more mature audiences who aren’t known to rush out. It can be more of a slow-burn marathon.”

“Richard Jewell” continues a rocky trajectory at the box office for Warner Bros. It is the studio’s eighth movie in 2019 to debut to less than $10 million — an ignominious bunch that includes “The Goldfinch,” “The Good Liar” and “Motherless Brooklyn.” Joaquin Phoenix’s “Joker” is an undisputed win, however, grossing over $1 billion from a $62 million budget.