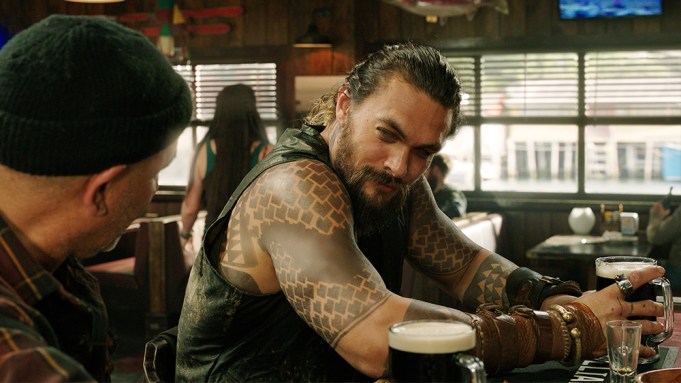 “Aquaman” started off the new year swimmingly, dominating the domestic box office and clearing the $200 million mark in North America.

A healthy holiday bounty brings the aquatic adventure, directed by James Wan and starring Jason Momoa, to $216 million in North America and over $600 million overseas. “Aquaman” surpassed $822 million at the global box office on Tuesday, officially beating the worldwide total of “Wonder Woman,” which ended its theatrical run with $821 million in 2017. Strong ticket sales signals good news for Warner Bros., who shelled out $200 million for “Aquaman” in anticipation that the Atlantean hero could steer their unwieldy comic-book universe into clearer waters.

Disney’s “Mary Poppins Returns” also reached a milestone, hitting $100 million at the domestic box office and $200 million globally. The musical, a sequel to the 1964 classic, hopes to follow in the footsteps of other movie-musicals in terms of having a long life in theaters. Directed by Rob Marshall, “Mary Poppins Returns” earned $8.6 million on New Year’s Day and $6.6 million on New Year’s Eve. Emily Blunt and Lin-Manuel Miranda star in the film, which has picked up $86 million internationally during its gradual overseas rollout.

Meanwhile, Paramount’s “Transformers” spinoff “Bumblebee” brought back $7 million on Tuesday. Hailee Steinfeld stars in the latest entry in the sci-fi saga, which has made $78.5 million in the states and $90 million from foreign markets. Despite solid reviews, “Bumblebee” has struggled to break out amid tough competition from “Aquaman.” With a production budget of $135 million, Paramount is banking on this autobot having enough steam in the new year for a lengthy ride at multiplexes.

Among holiday holdovers, Adam McKay’s Dick Cheney biopic “Vice” pocketed $2 million on Tuesday, taking its North American total to $22 million. The Annapurna movie is relying on awards buzz to help pull in the kind of audience it needs to make back its $60 million budget.

Fellow Christmas Day release “Holmes & Watson” has yet to find its footing and made just $2.1 million during the holiday. The critically maligned comedy starring Will Ferrell and John C. Reilly has amassed a paltry $23.4 million to date. “Holmes & Watson” landed just behind Jennifer Lopez’s “Second Act,” which took in $2.42 million on New Year’s Day and brought its stateside haul to $25.9 million.

Even without a “Star Wars” entry, a healthy crop of movies helped propel domestic revenues to an all-time high. Ticket sales in 2018 are expected to pass $11.8 million, a 6.7% raise from last year and over 4% above the record previously set in 2016 with $11.4 billion.