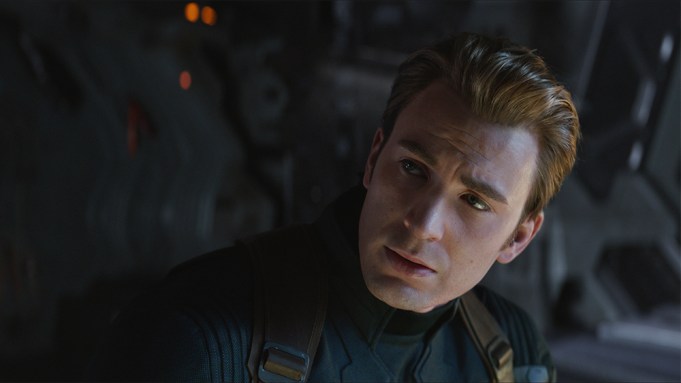 It’s safe to say Disney’s “Avengers: Endgame” won’t be done breaking records any time soon. Up next, the Marvel box office behemoth has its sights set on securing the biggest domestic second weekend of all time.

That crown currently belongs to “Star Wars: The Force Awakens,” with its mighty $149 million sophomore outing in North America. “Avengers: Endgame” is already in uncharted territory after its jaw-dropping $357 million opening weekend, making it all the more difficult to predict just how big of a second weekend the superhero blockbuster is heading for. Even so, “Endgame” could endure a massive 57% decline in box office receipts from its debut and still surpass the benchmark set by “The Force Awakens,” which dipped 39.8%.

By comparison, “Avengers: Infinity War,” the precursor to “Endgame,” saw a 55% drop in sales during its second frame. It’s undisputed that the superhero finale will assemble sizable ticket sales this weekend, but even if “Avengers: Endgame” falls short of that particular goal, it will still be in rarified company. Admission for the blockbuster could plunge by 68% (a number that would be dire for many other movies) and still come in ahead of the second weekend’s of “Avengers: Infinity War” ($114 million), “Black Panther” ($111 million), and “Jurassic World” ($106 million).

With $1.48 billion globally, “Avengers: Endgame” has now passed “Black Panther” ($1.34 billion) and “Avengers: Age of Ultron” ($1.4 billion) to become the eighth-biggest movie in only seven days in theaters. That stunning bounty has pushed Marvel Studios over $20 billion in ticket sales from the 22 films that comprise the comic-book empire’s cinematic universe.

Despite the clear chokehold “Avengers: Endgame” has over the exhibition industry, there are three new wide releases brave enough to take on Earth’s Mightiest Heroes. Lionsgate’s “Long Shot,” a comedy starring Charlize Theron and Seth Rogen, is banking on moviegoers needing a fix of laughter to cope with the devastating conclusion to the current phase of Marvel movies. Sony and Screen Gems are releasing psychological thriller “The Intruder,” while STX has “UglyDolls,” an original animated musical featuring Kelly Clarkson, Nick Jonas, and other familiar voices. All three are targeting opening weekends in the low-teens.

“Long Shot,” one of this summer’s few funny movies aimed at adult audiences, is expected to earn between $9 million and $16 million when it opens in 3,100 North American locations. The raunchy R-rated romantic comedy stars Rogen as a journalist trying to win over his former babysitter (Theron), who is running for president. Jonathan Levine, who previously worked with Rogen on the Joseph Gordon-Levitt drama “50/50,” directed the movie, which was penned by comedy writer Dan Sterling and “The Post” scribe Liz Hannah. Rogen produced “Long Shot” with his longtime partner Evan Goldberg, as well as Theron. Reviews were mostly positive (it has an 87% on Rotten Tomatoes), though critics like Variety’s Peter Debruge cautioned that the “undeniably funny” movie fails to reflect a post-#MeToo world.

“UglyDolls,” targeting a much different audience than that of “Long Shot,” is an animated adventure based on the popular children’s toys. STX’s first foray into animation should collect $12 million to $16 million from 3,600 screens. “UglyDolls” takes place in Uglyville, where colorful fabric dolls long for the day they will meet their perfect human match. When Moxy (Clarkson), the group’s fearless ringleader, takes her pals on a journey to Perfection, a town filled with more conventionally appealing dolls, the band of misfits learn to embrace what it means to be unique. Clarkson, Jonas, Janelle Monae, and Pitbull recorded all new music for the musical movie. STX and Alibaba Pictures co-financed the project for $45 million. It was directed by Kelly Asbury, who previously helmed animated movies “Shrek 2” and “Gnomeo & Juliet.” The next few weeks will be especially competitive on the family front, with essentially all ages still purchasing tickets for “Avengers: Endgame,” and Warner Bros.’ “Detective Pikachu,” Universal’s “The Secret Life of Pets 2,” and Disney’s “Toy Story 4” debuting this summer.

“The Intruder,” a PG-13 thriller, anticipates a start between $9 million and $16 million from 2,200 venues. The movie follows a young married couple, who after buying their dream house, realizes the seller (Dennis Quaid) has some shady intentions. It carries an $8 million price tag. Sony’s Screen Gems division has recently found success serving up modestly priced thrillers like “The Possession of Hannah Grace,” “Searching,” and “Slender Man.” Those three titles, which all all brought back solid box office receipts, cost under $10 million to produce. Talk about scary-good.