‘Alita: Battle Angel’ Banks on Foreign Audiences to Save It From Box Office Disaster 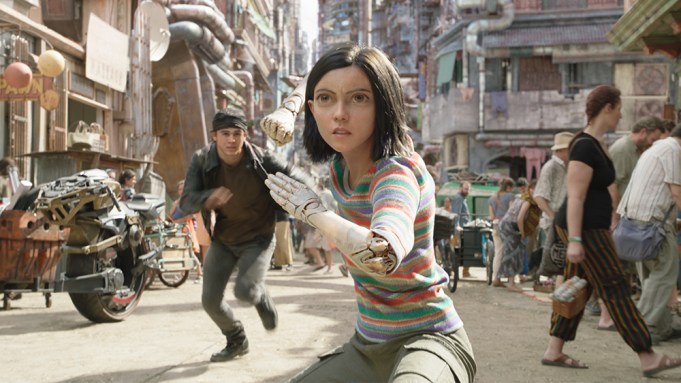 “Alita: Battle Angel” beat expectations with its $27 million debut at the domestic box office, but Fox’s cyberpunk fantasy adventure has a long road to travel before it can claim victory. When it comes to achieving profitability, the CGI-spectacular may never arrive at that particular destination.

With a production budget hovering at $170 million (Fox says tax incentives lowered costs that were once north of $200 million) and tens of millions more in marketing and distribution costs, executives at rival studios estimate “Alita: Battle Angel” will need to gross roughly $500 million globally to get out of the red. Insiders at Fox say the break-even number is closer to $350 million. It’s too early to completely write off the film. But even though the movie has made $130 million worldwide so far, it’s unlikely that “Alita” will reach those box office heights.

“When you swing for the fences in the sci-fi genre, it doesn’t come cheap,” said Paul Dergarabedian, a box office analyst with Comscore. “It’s tougher to get North American audiences behind those films” when they’re not sequels or well-known properties.

Heading into the weekend, independent tracking services suggested that “Alita: Battle Angel” would earn $22 million over the weekend and $30 million during its first five days of release. Insiders at Fox attribute the film’s better-than-expected start in North America due to its President’s Day weekend release date. The studio initially intended to open the movie during last year’s Christmas period, but instead opted to wait for a less crowded time at multiplexes. It was a smart move, considering “Alita: Battle Angel” might have gotten lost in the shuffle as moviegoers flocked to “Aquaman” “Mary Poppins Returns,” and “Bumblebee” over the busy holiday season. But while “Alita” now has a little breathing room in the U.S., it faces an even more challenging market overseas.

It has yet to debut in China and Japan, two markets expected to bring back huge returns. Before Robert Rodriguez’s adaptation can become a success in those territories, it will have to overcome an exceptionally crowded marketplace. Unlike in North America, where ticket sales are down almost 20% from last year and there has yet to be a clear hit, the box office in Asia is thriving. China’s sci-fi epic “The Wandering Earth” has generated a massive $606 million and counting, while the Chinese New Year has also seen local titles like “Crazy Alien” and “Pegasus” resonate in a big way. Recent Hollywood blockbusters like “Venom” and “Aquaman,” on the other hand, arrived at a time when foreign theaters weren’t quite as booming.

While producer James Cameron was no doubt hoping for his passion project to become a global hit, “Alita: Battle Angel” is now banking on its foreign appeal to turn a profit. Since it’s based on Yukito Kishiro’s popular manga graphic novel, it’s no surprise that Rosa Salazar’s cyborg heroine has generated bigger business overseas, with ticket sales amounting to over $94 million to date. Executives at rival studios anticipate “Alita: Battle Angel” could end its run at the domestic box office with $80 million to $100 million, meaning the film will have to pull off huge numbers overseas to get in the black. In turn, there will be a lot riding on China and Japan to cover any potential lost ground.

“International markets have saved the day for many films,” Dergarabedian said. “This could be yet another example where the North American box office is secondary.”

Fox has been touting “Alita” as a cinematic event in the same vein as Cameron’s “Avatar,” boasting digitized wonders that demand to be seen on the big screen. It’s a strategy that seems to be working among audiences, and one that benefits from 3D ticket sales that are pricier than the average screen. Imax theaters accounted for more than 15% of the domestic grosses for “Alita: Battle Angel.” Critics weren’t all that enthusiastic about the fantasy adventure about a cyborg who attempts to uncover her mysterious past, but moviegoers seem more receptive and rewarded it with an A- CinemaScore.

If “Alita: Battle Angel” isn’t able to connect international audiences, it could signal that things will end on a sour note for Fox before the studio merges its film studio with Disney in the coming weeks. “Alita” comes on the heels of Fox’s latest release, “The Kid Who Would Be King,” which misfired when it debuted in January. The $60 million film has made just $23 million globally and stands to lose the studio around $50 million.

It’s not all bad news for Fox. The studio scored with “Bohemian Rhapsody,” the Queen biopic that overcame tepid reviews to became a commercial smash that drummed up over $853 million worldwide along with five Oscar nominations.