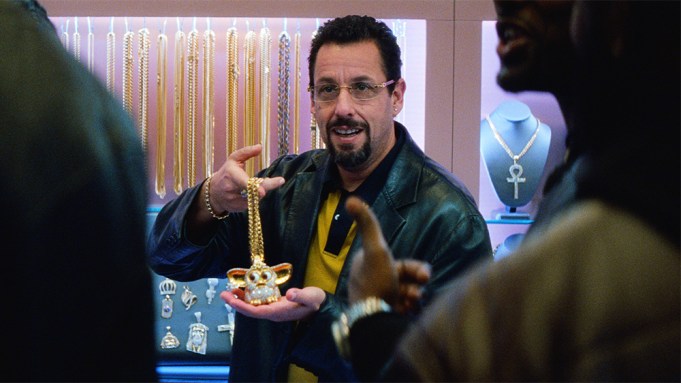 After a limited run in select cities, “Uncut Gems” has now surpassed $20 million in North America. Despite a harsh C+ CinemaScore from audiences (the same grade as “Cats”), “Uncut Gems” is already one of the studio’s highest-grossing movies ever.

Critics have been far more enthusiastic than moviegoers, awarding the film with a 93% average on Rotten Tomatoes. “Uncut Gems” has been a critical hit and could find itself in the awards race for Adam Sandler’s dramatic turn as Howard Ratner, a jeweler and compulsive gambler. The anxiety-inducing crime drama follows Howard as he makes a series of bold (read: questionable) bets to pay off his debts. Lakeith Stanfield, Kevin Garnett, Idina Menzel, Julia Fox and Eric Bogosian also star.

“Uncut Gems” landed on various critics circles’ best of the year lists, including a best actor win for Sandler from the National Board of Review.

Ari Aster’s “Hereditary” currently holds the title for A24’s biggest box office haul with $79 million globally, followed closely behind by Greta Gerwig’s “Lady Bird” with $78 million worldwide. But if “Uncut Gems” sustains momentum, it could give those indie favorites a run for their money.