The 14 Most Anticipated Movies at the Toronto Film Festival

While the beginning of fall usually means back-to-school and the end of outdoor barbecues, Hollywood has its own way of changing seasons. The Toronto International Film Festival, which starts on Sept. 5, marks the official launch of the Oscars race (mark your calendars: only five months away, because of an earlier telecast in February 2020).

Unlike neighboring film festivals at Telluride and Venice, which both take place on the weekend before, Toronto is easier to reach and packed with far more screenings: more than 200 movies. Here are 14 that will likely be the talk of Canada.

“Hustlers”
(STX Entertainment, Sept. 13)
Director: Lorene Scafaria
Cast: Constance Wu, Jennifer Lopez, Julia Stiles, Keke Palmer, Lili Reinhart, Cardi B, Lizzo
Ever since I saw “Hustlers” at an early screening, I can’t stop raving about it. Every Oscars season, there’s a movie that sneaks up on the pundits. And I have a feeling that this dramatic comedy written and directed by Lorene Scafaria will be a box office hit and critical darling. Set in 2008, at the height of the financial crisis, a group of strippers at a New York club take extreme measures to stay in business. If there’s any justice, Jennifer Lopez will receive her first Oscar nomination for channeling the ringleader Ramona as Erin Brockovich by way of Matthew McConaughey in “Magic Mike.” — Ramin Setoodeh

“Judy”
(Roadside Attractions, Sept. 27)
Director: Rupert Goold
Cast: Renee Zellweger, Jessie Buckley, Gaia Weiss, Finn Wittrock, Michael Gambon
Everyone wondered if she still had it. In the winter of 1969, after running out of money and opportunities in Hollywood, Judy Garland performed a series of concerts in London, to mixed reviews. On some nights, she sparkled like Dorothy. On others, she could barely stand on stage, because she’d drunk so much. In “Judy,” Renee Zellweger, coming out of her own self-imposed exile from making movies, portrays the iconic star of “The Wizard of Oz” during the final months of her life. Judging by the ecstatic reviews out of Telluride, it looks like Zellweger (who proved her performing chops in the 2002 film adaptation of “Chicago”) could be singing her way back to the Oscars. — RS 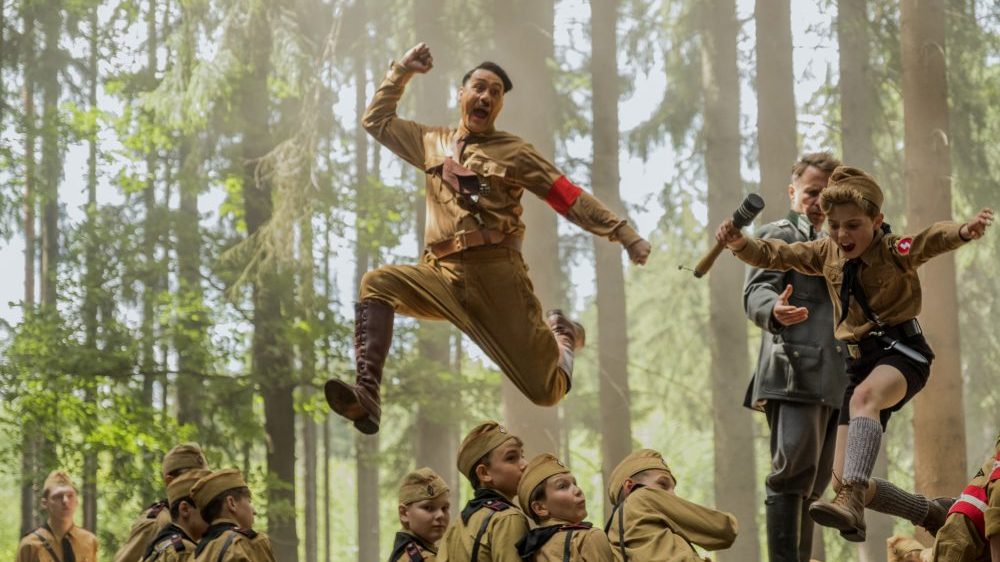 “Waves”
(A24, Nov. 1)
Director: Trey Edward Shults
Cast: Kelvin Harrison Jr, Lucas Hedges, Taylor Russell, Alexa Demie, Neal Huff, Clifton Collins Jr., Renée Elise Goldsberry, Sterling K. Brown
“Waves” is the story of a wealthy black family in Florida, and is Trey Edward Shults’ third feature after the well-received — and very different — ”Krisha” and “They Come at Night.” TIFF is featuring “Waves” in its less flashy “Next Wave” group, but make sure you look out for it. In his review from Telluride, Variety’s Peter Debruge called Shults a “visionary,” and wrote of “Waves” that “movies of this caliber come along seldom to never.” — KA

“Harriet”
(Focus Features, Nov. 1)
Director: Kasi Lemmons
Cast: Cynthia Erivo, Janelle Monáe, Leslie Odom Jr., Joe Alwyn
Cynthia Erivo plays Harriet Tubman, a slave on a Maryland plantation who escapes by herself via the Underground Railroad — and then becomes one of the most famous abolitionists in American history. Janelle Monáe portrays the free Philadelphian lodging owner who gives her shelter, and becomes her friend; Leslie Odom Jr. is an abolitionist who greets her to freedom, and encourages her burgeoning activism (even if it takes him a minute to realize her power). Kasi Lemmons — whose 1997 film “Eve’s Bayou” heavily influenced Beyoncé’s “Lemonade” — directs. — KA

(Netflix, Nov. 6 theatrical run; Dec. 6 on Netflix)
Director: Noah Baumbach
Cast: Scarlett Johansson, Adam Driver, Laura Dern, Alan Alda, Ray Liotta, Julie Hagerty, Merritt Wever, Azhy Robertson
Noah Baumbach’s “Marriage Story” shows both sides of a divorcing couple, played by Scarlett Johansson and Adam Driver. But it’s not only their personal story, but a story about how divorce works, including their expensive lawyers (hers: played by Laura Dern; his: played by Ray Liotta). From Venice, Gleiberman gave “Marriage Story” a rave review, writing that it ”captures that truth with such an exquisite combination of love and heartbreak that it leaves you chastened and enraptured.” — KA

“Uncut Gems”
(A24, Dec. 13)
Director: Benny Safdie, Josh Safdie
Cast: Adam Sandler, Lakeith Stanfield, Julia Fox, Kevin Garnett, Idina Menzel, Eric Bogosian, Judd Hirsch
In “Uncut Gems,” Adam Sandler plays Howie Ratner, a scheming, sped-up jeweler on the edge of ruin. If there’s silly Sandler and serious Sandler, Howie sounds like he steals from one to create the other — silly Sandler in a serious movie. The results sound intense, and perhaps divisive — turning to Debruge from Telluride once again, who wrote, ”the Safdies are committed to sustaining the intensity for the entire running time, which can be both exhilarating and exhausting.” — KA

“A Beautiful Day in the Neighborhood”

(Sony Pictures Entertainment, Nov. 22)
Director: Marielle Heller
Cast: Tom Hanks, Matthew Rhys, Susan Kelechi Watson, Chris Cooper
Fred Rogers has been the subject of two documentaries about him, including the Oscar-nominated “Won’t You Be My Neighbor?” (and the less well-known “Mister Rogers: It’s You I Like”). Here, Tom Hanks plays him in a story about Rogers’ friendship with Lloyd Vogel (Matthew Rhys), a floundering magazine journalist who profiles him. (It’s based on Tom Junod’s 1998 Esquire story “Can You Say… Hero?”) Marielle Heller, who focused on complicated women in 2015’s “The Diary of a Teenage Girl” and last year’s “Can You Ever Forgive Me?,” turns her intelligent directing eye to men here. — KA

“Just Mercy”
(Warner Bros., Dec. 25)
Director: Destin Daniel Cretton
Cast: Michael B. Jordan, Jamie Foxx, Brie Larson, Rob Morgan, Tim Blake Nelson
The early word is that Warner Bros. moved up this drama, based on the memoirs of Bryan Stevenson, an attorney from Alabama who takes on a case involving an inmate on death row wrongfully convicted of murder, to position it as a major Oscars contender. The trailer gives off a “To Kill a Mockingbird” vibe. At least this much we know: Michael B. Jordan, who plays the attorney, is long overdue for an Oscar nomination, after being passed over at the Academy Awards for “Fruitvale Station,” “Creed” and “Black Panther.” — RS