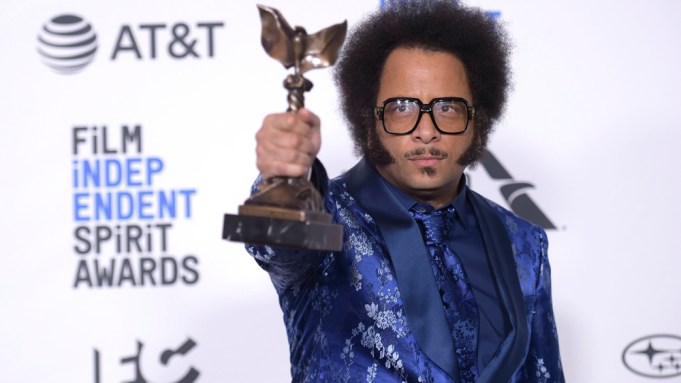 Five of the last eight best feature winners at the annual Film Independent Spirit Awards have gone on to win best picture at the Oscars, including a four-year streak from 2013-2016. It was a steadily evolving status quo that led former Academy of Motion Picture Arts and Sciences governor Bill Mechanic to question his organization’s selections in a scathing resignation letter last April.

“[O]ver the past decade we have nominated so many smaller independent films that the Oscars feel like they should be handed out in a tent,” the former Fox honcho wrote to AMPAS president John Bailey, referencing the Spirit Awards, which are held in a large tent on the beach in Santa Monica. “Big is not inherently bad and small is not inherently good.”

This year’s Oscar nominations must have been music to Mechanic’s ears. Chart-busting studio hits like “Black Panther,” “Bohemian Rhapsody” and “A Star Is Born” made the best picture lineup, along with Universal’s “Green Book,” a strong contender to win. None, however, were eligible at the Spirit Awards due to budget eligibility restraints. That left the independent filmmaking showcase free to be itself without the specter of Sunday’s 91st Academy Awards hanging too heavy over the festivities.

Barry Jenkins’ “If Beale Street Could Talk” won top honors for best feature and best director Saturday, plus a supporting award for Regina King. The film did not manage a best picture nomination, but then, none in the Spirits lineup did. That was already a first in 10 years. The category was also free of any big-studio, or even studio-dependent, interlopers; A24 (twice), Bleecker Street and Amazon joined Annapurna in the field.

Throughout the afternoon, there was a good balance of victories for the Oscar-nominated and -rebuffed alike. Of the year’s Academy players, Glenn Close (“The Wife”), Richard E. Grant (“Can You Ever Forgive Me?”) and Regina King (“If Beale Street Could Talk”) nabbed acting honors. Close and King are even favorites to win Oscars. Marielle Heller’s “Can You Ever Forgive Me?” took the screenplay prize. (Jenkins, though not Oscar-nominated for directing “Beale Street,” is in the mix for adapted screenplay along with Heller’s film.)

Ethan Hawke missed an Oscar bid for Paul Schrader’s “First Reformed,” but he wrapped up a season of countless regional critics best-actor prizes by adding a Spirit Award to the tally. (Hawke was a no-show Saturday due to stage commitments with “True West” on Broadway. Co-star Amanda Seyfried accepted in his stead and delivered a thoughtful, very Hawke-like address.)

Craft winners “Suspiria” (cinematography) and “You Were Never Really Here” (editing) aren’t in the mix for Oscars, nor, shockingly, is documentary champ “Won’t You Be My Neighbor.” (First-timer victors Boots Riley and Bo Burnham competed in fields free of Oscar players as well.)

So Sunday’s ceremony won’t feel the least bit stale, and it also brings with it those populist heavy-hitters, putting a punctuation mark on a season that nearly saw a special Oscar carved out for their ilk. Moreover, a foreign-language film released by a streaming service that has reported no box office is the overall favorite to win Hollywood’s highest honor. “Roma,” the consensus critics selection this year, was only eligible for the international film prize at the Spirits, keeping it out of the indies’ hair for the most part.

On that note, though, Cuarón did seem to suggest something profound, that whatever potential cinematic revolution may be afoot — be it inclusion in front of and behind the camera, the elevation of underrepresented voices or, indeed, evolving distribution methods — it has the potential to erase borders.

“We are currently experiencing a great diversity in cinema,” Cuarón said. “Very soon that diversity will make this category irrelevant.”