‘Spider-Man: Into the Spiderverse’ Colored Outside the Lines 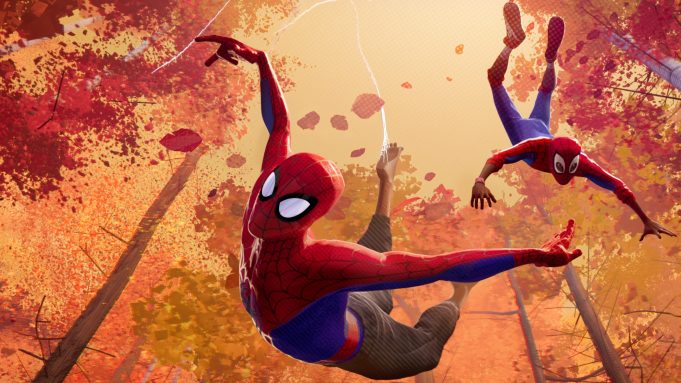 The well-worn superhero genre and one of its best-known icons are unlikely vehicles for creating a visually fresh animated feature. But Sony Pictures Animation’s work on the Oscar-nominated animated feature “Spider-Man: Into the Spider-Verse” shows throwing out the rule book and letting everyone play in the creative sandbox can pay off big.

“I think we all had one boss, and that boss is the movie,” says head of character animation Josh Beveridge, who oversaw just over 180 animators working mostly out of Sony Pictures Imageworks’ Vancouver facility.

Seeking to replicate on screen the graphic style of comic book art and illustration using everything from ink lines and half-tone dots to multi-panel images, Beveridge says the movie was animated almost entirely “on twos.” That typically refers to holding a single image for two frames instead of one so only 12 are required to produce one second of film, but it meant many things on this film.

“We used it just as another tool to communicate style,” says Beveridge. “It also gives this whole new texture to things; it’s a little more crisp, you see the poses more and it just feels more like a comic book.”

Animators could use as much or as little of the technique as they wanted, and in as many ways as the graphic look of the movie required. Sometimes a character’s face was animated on ones and the rest of them on twos, says Beveridge.

This posed a number of technical challenges, especially with elements typically created with simulations, like physics, cloth and hair, and camera movements. “We had to come up with really clever tools to be able to get our poses on twos to not be strobing around,” says Beveridge.

Fully simulated effects like fire and explosions proved too realistic, pulling viewers out of the movie, says VFX supervisor Danny Dimian. The effects team solved that by going back to the movie’s visual inspiration and adding hand-drawn elements to those effects.

“What we did was work with 2D effects animators to build libraries of these beautifully designed cycles,” he says. “The timing of it was still simulation based and we had simulation all around it to mix and match, but you always had this beautifully designed, hand-drawn part that was in there as well, and that kind of tied everything together.

Characters as diverse as the Looney Tunes-inspired movements of Spider-Ham and the anime-flavored Peni Parker and Sp//dr had to be built differently from the more human characters. “We needed Ham and Peni to be pliable, to feel like they are drawings even more so than the other characters,” says Beveridge. ”Every frame is really engineered to feel like its a drawing.”

And action sequences were a true group effort, with entire teams and departments collaborating and throwing out ideas to find solutions.

“It’s such a dance between camera language, the performance, speed, the edit — all of these things are so precision that it has to be workshopped together,” says Beveridge. “Those areas felt like guerrilla filmmaking and it tested our boundaries and I’m proud of how it turned out.”