Oscars: 11 Contenders on Track for a Nomination From the First Half of 2019 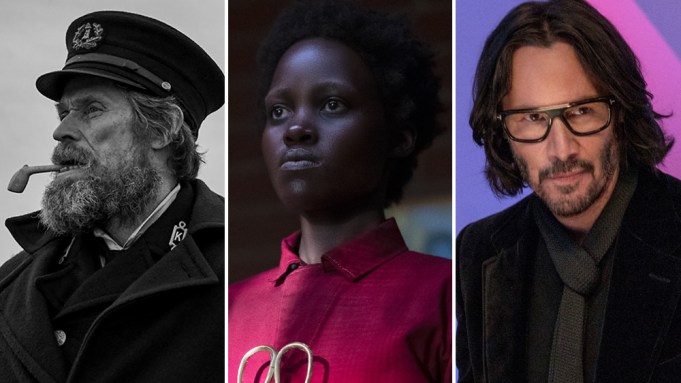 With the Fourth of July holiday in the rearview mirror, it’s time to get back to work. That means it’s high time to take a look at Oscar contenders from the first half of the year.

This list is comprised of films that have already been released, plus some of the top titles from festivals — even if they haven’t hit theaters yet.

There’s still a lot more to see before Oscar voting begins (preliminary voting kicks off on Dec. 6), but until then, here are 11 contenders who could or should be on track for a nomination.

“Avengers: Endgame”
Marvel finally broke into the best picture race last year with “Black Panther,” so why not recognize the culmination of a decade’s worth of planning and brilliant storytelling, which also happens to expertly blend genres from drama, comedy and action. (JR)

“Once Upon a Time in Hollywood”
Quentin Tarantino made a splash at Cannes with his ode to vintage Hollywood starring Leonardo DiCaprio and Brad Pitt. None of his previous eight films have won best picture. Perhaps this is his time to take home the big prize? (MM)

Best Director
Lulu Wang, “The Farewell”
In her sophomore feature, Wang gets autobiographical to tell the story of a family hiding a fatal diagnosis from their beloved matriarch. Wang (pictured, above) knows how to tell a story with humor and heart, and draws rich performances from a wonderful ensemble. (JR)

Also look for: Quentin Tarantino (“Once Upon a Time in Hollywood”), Joe Talbot “The Last Black Man in San Francisco”

Lupita Nyong’o, “Us”
It feels like a lifetime ago that the Oscar winner was attracting awards buzz for her performance in the Jordan Peele-directed horror film. Even so, time shouldn’t hurt her chances of being in the race. (MM)

Robert Pattinson, “The Lighthouse”
The former “Twilight” heartthrob continues his penchant for going the indie route with director Robert Eggers’ “The Witch” follow-up. Pattinson, who plays one of two 19th century lighthouse keepers (Willem Dafoe is the other) who descend into insanity while on a deserted New England island, earned some of the best reviews of his career when the film premiered in May at the Cannes Film Festival (MM)

Taron Egerton, “Rocketman”
Put aside any comparisons to that other musical biopic that landed a best actor statue this year because Egerton’s brave, go-for-broke turn as Elton John stands on its own as a stunning technical and emotional achievement. The actor (pictured, above) artfully straddles the line between realism and fantasy, and nails the superstar’s voice, manner and emotional journey. (JR)

Best Supporting Actress
Julia Butters, “Once Upon a Time in Hollywood”
She may only be 10 years old, but Butters holds her own and then some opposite Leonardo DiCaprio in one short but powerful scene in Quentin Tarantino’s ninth film about a fading Hollywood star (DiCaprio) and his stunt double (Brad Pitt). (MM)

Zhao Shuzhen, “The Farewell”
As the beloved grandmother being kept in the dark about her health, Shuzhen will break your heart. Her scenes with her onscreen granddaughter Awkwafina are some of the best of the year — here’s hoping we see more of this 76-year-old breakthrough. (JR)

Also look for: Margot Robbie (“Once Upon a Time in Hollywood”)

Best Supporting Actor
Willem Dafoe, “The Lighthouse”
The legendary actor is sure to earn his fifth Oscar nomination for his performance as a 19th century lighthouse keeper. There’s no reason he can’t be up for best actor, but we’re going to guess that the studio isn’t looking for a showdown between him and his co-star Robert Pattinson. (MM)

Keanu Reeves, “Always Be My Maybe”
The Keanuaissance is long overdue and the laidback actor stole the movie with the role he was born to play: himself. Or rather, an unbearably pretentious version of himself. Anyone who thinks this is what the real Reeves is like isn’t recognizing the subversive, clever work being done here that walks a fine line of being outrageous yet just believable. (JR)