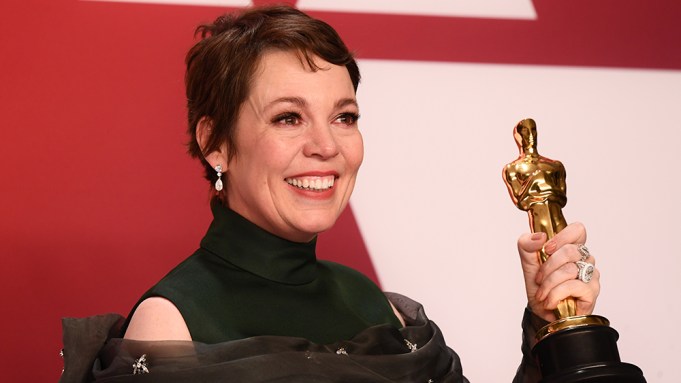 The 91st Academy Awards had a few shockers in store, though many frontrunners from the critics and guild circuits claimed Oscars. But a few awards proved truly surprising in a season that left many guessing.

Surprise: “Green Book”
Not all pundits picked “Roma” to win best picture, but certainly the lion’s share of them did. The preferential ballot struck again as “Green Book” walked away with a best picture Oscar that, by the end of the season, felt like it could have gone to any of the eight nominees.

Snub: Bradley Cooper
With three shots on goal Sunday evening, Cooper might have walked away with SOMETHING. Alas, he was already a dark horse at best for lead actor, adapted screenplay and certainly best picture, so while his snubs for “A Star Is Born” might not be shocking, they still sting.

Surprise: “Bohemian Rhapsody”
Even with pundits picking Bryan Singer’s film to walk away with a few Oscars, the prospect of “Bohemian Rhapsody” claiming the most awards on the night seemed unlikely. Yet there it was, with four Oscars, leading one to wonder if it might have taken the top prize as well if not for the math of the preferential ballot. Not as surprising: No winner mentioned Singer’s name.

Snub: “The Favourite”
The film came into the evening co-leading the nominations with 10 and walked away with just one (albeit stunning) award. At least one film always tends to crash on those rocks, but nevertheless, the film most notably dropped design categories to “Black Panther,” original screenplay to “Green Book” and supporting actress to Regina King. However…

Surprise: Olivia Colman, “The Favourite”
This one few saw coming, even with a BAFTA prize to show for herself. Colman was the sole representative from Yorgos Lanthimos’ film at the end of the evening, elbowing Glenn Close and a strong “overdue” narrative out of the way in the process. And, well…

Snub: Glenn Close, “The Wife”
Close still remains the most nominated living actor to not win an Oscar, as the tally now reaches seven nominations and counting. With a head of steam off the Critics’ Choice and Golden Globe corridor as well as Spirit Awards recognition, nearly everyone expected her to finally hear her name called. It wasn’t to be.

Snub: Amy Adams
Few had her pegged to win the supporting actress Oscar for “Vice,” but nevertheless, Adams’ latest loss puts her right behind Close as the second-most nominated living actor yet to win. The sixth time wasn’t the charm, but it seems inevitable she’ll be back.

Surprise: “Black Panther”
Pundits were predicting various scenarios for Marvel’s prestige blockbuster, but with three victories — including an original score win that most expected to go to “If Beale Street Could Talk” — the movie surpassed expectations, making director Ryan Coogler one of the most cited names in acceptance speeches throughout the night.

Snub: “RBG”
A film centered on Ruth Bader Ginsburg would seemingly have a leg up, given the contemporary political landscape. She was the subject of a biopic in 2018 and even returned to the Supreme Court in the thick of Oscar voting. In the end, the film was edged out by the slightly more popular “Free Solo.”

Surprise: No host required
Without an emcee to help move the evening along, most were expecting the flow of the show to be compromised. It turns out, the Academy stumbled onto an epiphany: Who needs a host anyway? The program was able to move along at a clip just fine, and the opening trio of Tina Fey, Amy Poehler and Maya Rudolph made for a great, low-commitment kick-off to the show.