Continue to Variety SKIP AD
You will be redirected back to your article in seconds
Jan 22, 2019 7:28am PT 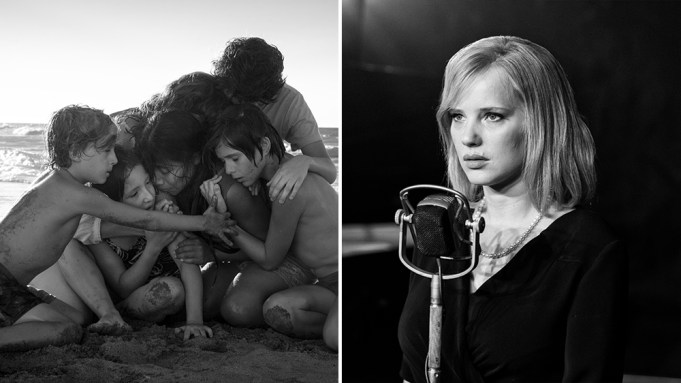 Mexico’s “Roma,” Poland’s “Cold War,” and Germany’s “Never Look Away” provided a powerful showing for foreign-language films with a combined 15 nominations across several categories for the 91st Academy Awards.

Foreign-language titles also dominated in the cinematography category with Cuaron tapped for “Roma,” Lukasz Zai for “Cold War,” and Caleb Deschanel for German drama “Never Look Away.” It was Deschanel’s sixth Oscar nomination.

Japan’s family drama “Mirai” earned a nomination in the animated film category for Mamoru Hosoda and Yuichiro Saito. It’s the first nomination for both.

“Roma,” “Cold War,” and “Never Look Away” also scored nominations in the foreign-language category along with Lebanon’s “Capernaum” and Japan’s “Shoplifters.” “Capernaum” director Nadine Labaki was the only female director to be recognized between the director, best picture and foreign film categories.

“Roma” took a total of 10 nominations Tuesday, tying “The Favourite” for the most Oscar nods this year. Yalitza Aparicio was nominated for lead actress while Marina de Tavira earned a nod in the supporting actress category — the first nominations for both. It was Aparicio’s first-ever film or TV appearance, while de Tavira is a veteran of Mexican television and film.

Cuaron received a total of four nominations for “Roma” as producer of the best picture, director, cinematographer, and writer in the original screenplay category. He was nominated in the same category for “Y Tu Mamá También” in 2002 and for adapted screenplay for “Children of Men” in 2006.

“Roma” was also nominated in production design for Eugenio Caballero and Barbara Enriquez; and in sound editing and sound mixing. “Roma” is the 11th foreign-language film to be nominated for the Best Picture Academy Award. In the past 20 years, foreign-language films “Life Is Beautiful,” “Crouching Tiger, Hidden Dragon,” “Letters From Iwo Jima,” “Babel,” and “Amour” have all scored a best picture nod.