Nicole Holofcener: ‘Can You Ever Forgive Me?’ Director Was Cheated Out of an Oscar Nomination 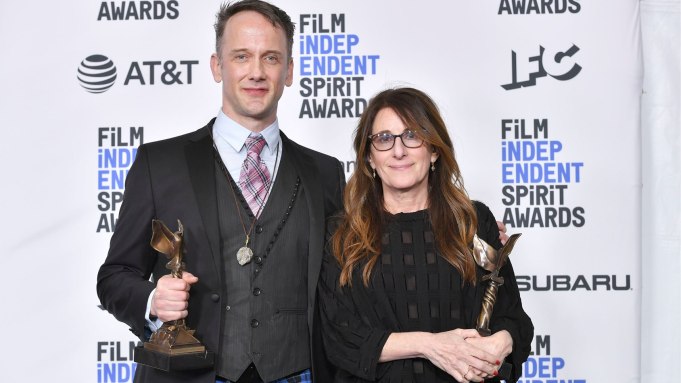 “Can You Ever Forgive Me?” screenwriter Nicole Holofcener offered a blunt assessment of the lack of Academy Awards recognition for director Marielle Heller, and women directors everywhere.

“I feel Marielle was cheated and I feel badly about that,” Holofcener said backstage after winning a Spirit Award for screenplay with Jeff Whitty.

Holofcener was originally attached to direct the project eight years earlier but decided that she could not do so when the film was being greenlit due to her commitment to direct “The Land of Steady Habits.” She knew that Heller would be the right choice, thanks to her work on “The Diary of a Teenage Girl.”

Holofcener and Whitty won the Writers Guild Award for adapted screenplay for “Can You Ever Forgive Me?” and are up for an Academy Award. She also gave credit Saturday to the late Lee Israel for the memoir of the same name about being caught for fabricating letters from famous literary figures. She died in 2014.

“Plagiarism is something I was always afraid my children would get in trouble for. Don’t do it,” she said backstage. “Her memoir was so good. Lee’s voice was very strong.”

It was a big afternoon for “Can You Ever Forgive Me?” at the Spirits as Richard E. Grant took the supporting male actor award.

Grant alluded to “Can You Ever Forgive Me?” being an homage to those who died from AIDS in the 1990s and said backstage, “The fact that people can survive AIDS is an astonishment. I just wish it had come sooner.”