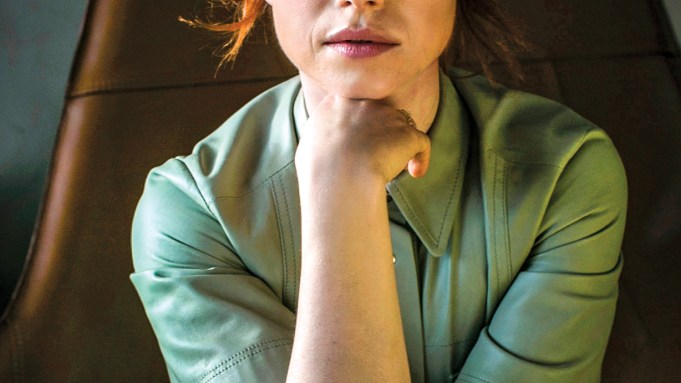 The festival will also bestow honors on artists who have made a significant impact in film this year. Talent will be celebrated at a brunch and ceremony held Nov. 3 at the Resort at Pelican Hill in Newport Coast.

Woodard began her journey on an acting career in high school, the moment she first stepped onto the stage as a junior in Federico García Lorca’s “House of Bernarda Alba.”

“I felt the freedom of creative performance and I felt it was a language that was innate to me, that I didn’t know I had,” she says. “And when I say ‘freedom,’ it’s like that place you want to stay in, more than any other place. That’s when I knew I was going to do it professionally. I found my life language then.”

After graduating from Boston University, Woodard worked in theater, making a splash Off Broadway in Ntozake Shange’s “For Colored Girls Who Have Considered Suicide/When the Rainbow Is Enuf” before making her film debut in the thriller “Remember My Name.”

Her career picked up steam as she appeared in films and television, picking up an Academy Award nomination for 1983’s “Cross Creek” and winning her first Emmy Award for “Hill Street Blues.” She was a series regular on “St. Elsewhere” and has worked steadily over the decades, winning three more Emmys, including for “Miss Evers’ Boys,” “The Practice” and “L.A. Law,” a Golden Globe and multiple Screen Actors Guild, NAACP Image and Cable ACE Awards.

With such a wide variety of roles, Woodard has crafted her process to reflect how she approached athletics, which she also participated in growing up.

“I begin the same way I would if I’m beginning a season – I get my physical instrument in gear and toned the same way as a violinist or cellist is taking care of that particular instrument,” she says. “Then I start to toy with the way the person speaks, figuring out where they’re from very specifically – not just ‘in the South,’ but what state? And in that state, what county? Because everything has to be very specific. I build, layer by layer, all the way up.”

Currently receiving stellar reviews for her turn as a prison warden in the drama “Clemency,” Woodard is continuing her breakneck pace, having completed a season of Apple’s sci-fi drama “See” and preparing for a second, as well as appearing in next year’s “Fatherhood,” alongside Kevin Hart and Anthony Carrigan.

“I want to keep seeing stories about people and places that most of us have never heard of,” she says. “I am determined that we must put regular people’s stories on the big screen.”