Kirsten Dunst on Her Walk of Fame Honor, Giving Characters Secrets and ‘Becoming a God’ 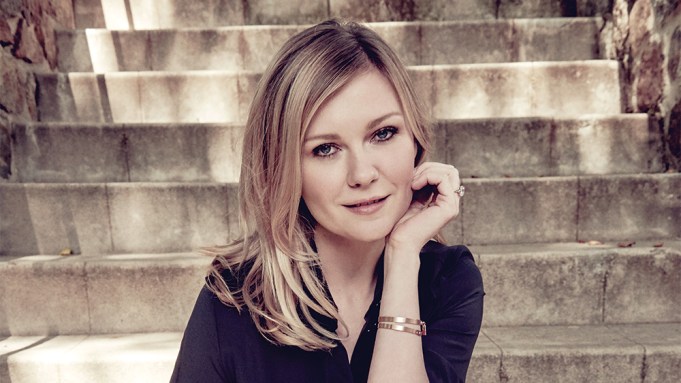 Kirsten Dunst had a secret. When shooting 2016’s “Hidden Figures,” she was struggling with how to portray Vivian Mitchell, a supervisor to Octavia Spencer’s Dorothy Vaughan that barely hides her hostility and contempt for the mathematician.

“You know what my secret was?” Dunst says with a laugh. “I pretended that my character was in love with Octavia Spencer, but couldn’t do anything about it. I couldn’t rationalize it any other way. So all my anger and pent-up frustration was I was just so in love with Octavia.”

Dunst has been finding her way deep into characters since she was a child, making her film debut at age 7 in Woody Allen’s “Oedipus Wrecks” segment of 1989’s “New York Stories” before achieving stardom at 12 opposite Tom Cruise and Brad Pitt in 1994’s “Interview With the Vampire.” She’s proven she can play everything from a sunny cheerleader in “Bring It On” to a woman sinking into depression as the world ends in “Melancholia,” for which she won several accolades, including the best actress award at the 2011 Cannes Festival.

She has worked with the best directors in the business and partnered repeatedly with Sofia Coppola, most recently in 2017’s “The Beguiled.”
After her turn on Season 2 of “Fargo” landed her an Emmy nomination and a life partner (she and Jesse Plemons welcomed son Ennis last year), she’s returning to TV with Showtime’s dark comedy “On Becoming a God in Central Florida.”
And on Aug. 29, Dunst will be welcomed onto the Hollywood Walk of Fame with her own star, an honor that she is expecting to bring a lot of emotions to the surface.

“This whole crew that’s coming to support me, it’s going to be the biggest crying group of any Walk of Fame honoree,” she notes. “I have Sofia and Jesse speaking for me, two of the most important people in my life, and I’m going to be a mess. It almost feels like I get to be at my own funeral. When else do you get to hear people talk about you this way?”

She admits she might ask for a peek at Plemons’ speech, “otherwise I’m going to just be a puddle.”

The Walk of Fame honor caps off a big week for Dunst; her new show, “On Becoming a God in Central Florida,” premiered on Aug. 25 and will continue for an additional nine episodes. Dunst stars as Krystal Stubbs, a wife and mother struggling to make ends meet working at a water park in 1992 while her husband is dedicating his life working for an insidious multi-level marketing (aka pyramid scheme) company run like a cult. Krystal starts off the show tough but immature — the braces on her teeth reminding us how childlike she can be — and begins to grow into a fearless schemer who takes no prisoners.

After the success of “Fargo,” Dunst admits she was being “super picky” about her next TV role. “Also, I wanted to do something fun,” she says. “I didn’t want to spend my time crying.”

She read the pilot script by creators Robert Funke and Matt Lutsky and was sold. “I loved how Krystal just doesn’t care what anybody thinks of her. She’s hotheaded and quick to lash out and it’s fun to express all those things and get that rage out!”

Dunst also signed on as a producer, and had big hand in the casting of the show. One of her first ideas was to bring on her “Melancholia” co-star Alexander Skarsgård to play Krystal’s goofy, irresponsible husband. “I knew he was really funny and this would be fun for him,” she says. “Even on ‘Melancholia’ he was so fun and sweet, and he’s usually cast in more serious roles. People get to see him in a new light.”

For his part, Skarsgård has nothing but praise for his on-screen wife, who brings the humor no matter how serious the subject matter. “Kirsten is one of the funniest people I know,” he tells Variety. “On the set of ‘Melancholia,’ she had the cast and crew in stitches as the planet was about to be obliterated by a massive meteor and we laughed our way through the last gasp of a withering marriage in ‘On Becoming a God in Central Florida.’ I eagerly await the third chapter of our death and destruction themed collaboration, it’s gonna be a hoot!”

And while Dunst had a blast making the series, she also chalks it up as one of her most challenging experiences. “Doing 48 pages in seven days when you’re the lead and just had a baby is tough,” she admits. “I was genuinely terrified and exhausted and overwhelmed. But I just funneled it all into what I was doing because that’s how Krystal feels, too.”

She adds that playing any character can be hard to shake off at the end of the day. “Sometimes I would say something and a family member would go, ‘That’s very Krystal of you.’ It wasn’t even conscious,” she says. “But when you play someone for so long, it’s inevitable.”

Dunst says she has struck a good balance on sets since a young age. On “Interview With the Vampire,” she didn’t fully grasp she was making a  blockbuster with bonafide movie stars. “I was a little oblivious to the gravity of the situation, which I think is healthy and good. I was a little girl and I was having fun. But I always took the work seriously.”

And she never stopped seeking to improve. Even after reaching superstardom by starring as Mary Jane Watson in Sam Raimi’s original “Spider-Man” trilogy, she wanted to keep learning. She began to study with Greta Seacat (daughter of esteemed acting teacher Sandra Seacat) in preparation for 2010’s “All Good Things.”

“I felt whatever I was doing was getting stale at that point and I needed to shake things up and delve deeper.” Dunst continues to work with Seacat today.

Since she has expanded into producing with “On Becoming a God,” it seems stepping behind the camera to direct is inevitable for Dunst. At one point she was attached to helm Sylvia Plath’s biographical “The Bell Jar,” but she isn’t committed to any specific project now.

“It’s such a time-consuming thing between the prep and the filming and editing and promoting. It’s a huge chunk of your life. I’m not ready to give that up to a film yet.”

She says Plemons is destined to direct, and the two hope to start a production company together. “We want to do things creatively together where we don’t necessarily have to be in front of the camera.”

Asked about what’s next on her agenda and Dunst happily reports: “I got nothing!” She’s hoping for a second season of “On Becoming a God” and says maybe she’ll do a movie if the right script comes along. “Other than that, just hangingwith my baby.”