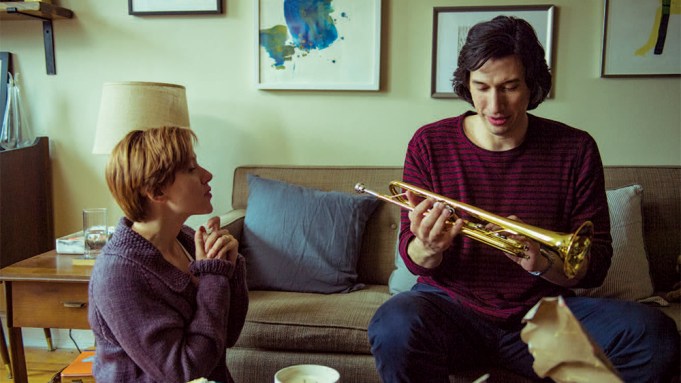 Noah Baumbach’s “Marriage Story,” a searing look at the end of a relationship, capped a big morning for Netflix, nabbing a leading six Golden Globe nominations. The streaming giant, which has invested billions of dollars in original content in recent years, also led the field on the television front, scoring four nominations apiece for “The Crown” and “Unbelievable.” In total, Netflix nabbed 34 Golden Globe nominations across television and film, dominating the competition and outpacing any other entertainment company.

Another Netflix release, Martin Scorsese’s gangland epic “The Irishman,” picked up five Globe nominations, tying with Quentin Tarantino’s ode to the golden age of movies “Once Upon a Time in Hollywood,” for the second-most nods. HBO’s “Chernobyl,” the story of a nuclear disaster that became an unlikely water-cooler hit, tied with “Unbelievable” and “The Crown,” picking up four nominations.

Monday’s nominations are a sign of a new world order in Hollywood, one that is increasingly dominated by streaming services. Along with Netflix, Hulu and Amazon Prime had big mornings, scoring nominations for the likes of “Catch-22” and “The Marvelous Mrs. Maisel,” while Apple’s newly launched subscription platform picked up three nods for “The Morning Show.” That competition for digital is only intensifying. Disney launched its own streaming service, Disney Plus, in November, and Comcast and WarnerMedia are preparing their own Netflix challengers, Peacock and HBO Max.

The film directing race failed to include any female filmmakers, shutting out the likes of Greta Gerwig for her work on “Little Women” and Lulu Wang for “The Farewell.” Instead, the category consisted of Scorsese, Tarantino, Bong Joon Ho (“Parasite”), Sam Mendes (“1917”) and Todd Phillips (“Joker”). Unlike the Oscars, Globe voters divide the drama and musical/comedy categories. That means that “Once Upon a Time in Hollywood” is competing for the best comedy prize alongside “Jojo Rabbit,” “Knives Out,” “Dolemite Is My Name” and “Rocketman.” “Marriage Story” and “The Irishman” will duke it out in the best drama category along with “Joker,” “1917” and “The Two Popes.”

The annual ceremony, hosted by the Hollywood Foreign Press Association, is the most idiosyncratic, boozy and outrageous stop in a marathon awards season. It’s not always an accurate bellwether for future Oscars success. In 2017, for instance, the Globes went with “Three Billboards Outside Ebbing, Missouri” for best picture, drama, over eventual Academy Award victor “The Shape of Water” and in 2015, “The Revenant” beat out “Spotlight” at the Globes only to lose to the newspaper drama at the Oscars. Last year’s winners did align, with “Green Book” nabbing the best drama prize en route to its Oscar night triumph.

The Hollywood Foreign Press’ membership, consisting of just under 100 journalists from around the world, has been criticized for being too insular. In contrast, the Academy of Motion Picture Arts & Sciences has more than 7,000 voting members who work in the film business. Whatever the case may be, Globes voters have made some unorthodox choices over the years. Its decision, for instance, to nominate such critically derided films as “The Tourist” and “Burlesque” have raised eyebrows, as has the behavior of some of its members. Former HFPA president Aida Takla-O’Reilly’s 2018 profile of Drew Barrymore for EgyptAir’s in-flight magazine went viral due to its numerous translation errors and the head-scratching assertion that the actress was “unstable in her relationships.” Takla-O’Reilly’s predecessor as HFPA chief, Philip Berk, was publicly accused of sexual harassment by Brendan Fraser, with the actor claiming that Berk groped him at a 2003 party.

But even if it lacks the prestige of the Oscars or the Screen Actors Guild Awards, the Globes has become a must-see event, beloved by celebrities because the champagne flows freely and the evening boasts an intimate setting and clubby atmosphere (the Globes is hosted in a banquet room at the Beverly Hilton whereas the Oscars unfold in the cavernous Dolby Theatre).

The 2020 edition promises to be star-studded. The best actor in a drama race includes such A-listers as Christian Bale (“Ford v Ferrari”), Adam Driver (“Marriage Story”), Joaquin Phoenix (“Joker”) and Antonio Banderas (“Pain and Glory”), along with respected character actor Jonathan Pryce (“The Two Popes”). The best actor in a comedy category includes James Bond himself, Daniel Craig, here honored for his witty turn as a detective in “Knives Out.” He will compete against Leonardo DiCaprio (“Once Upon a Time in Hollywood”), Taron Egerton (“Rocketman”), Eddie Murphy (“Dolemite Is My Name”) and Roman Griffin Davis, the teenage performer who made his acting debut with “Jojo Rabbit.”

Best actress in a comedy is a mixture of veterans such as Cate Blanchett (“Where’d You Go, Bernadette”) and Emma Thompson (“Late Night”), and rising stars Awkwafina (“The Farewell”), Ana de Armas (“Knives Out”) and Beanie Feldstein (“Booksmart”). The best actress in a drama race will be between Cynthia Erivo (“Harriet”), Scarlett Johansson (“Marriage Story”), Saoirse Ronan (“Little Women”) and two shape-shifters in Charlize Theron (“Bombshell”) and Renée Zellweger (“Judy”), here honored for their chameleonic turns as Megyn Kelly and Judy Garland, respectively.

Even as some creative talent were fielding congratulatory calls and emails on Monday morning, others were shuffling through condolence messages. Robert De Niro and Adam Sandler scored some of the best reviews of their careers for their work in “The Irishman” and “Uncut Gems,” but failed to make the grade with Globes voters. Likewise, Sandra Oh, a winner last year for “Killing Eve,” was shut out. Perhaps most shocking was the fact that “When They See Us,” Ava DuVernay’s look at the Central Park jogger case, was completely ignored by the Globes despite widespread critical acclaim.

In the best performance by an actress in a television series – drama race, Oh’s shutout left her “Killing Eve” co-star Jodie Comer competing against the likes of Jennifer Aniston (“The Morning Show”), Olivia Colman (“The Crown”), Nicole Kidman (“Big Little Lies”) and Reese Witherspoon, recognized not for her work in “Big Little Lies,” but for her turn in “The Morning Show.” The best actress in a comedy series category consists of Christina Applegate (“Dead to Me”), Rachel Brosnahan (“The Marvelous Mrs. Maisel”), Kirsten Dunst (“On Becoming a God in Central Florida”), Natasha Lyonne (“Russian Doll”) and Phoebe Waller-Bridge (“Fleabag”).

Best actor in a comedy series includes actors such as Michael Douglas (“The Kominsky Method”) and Paul Rudd (“Living With Yourself”) better known for their work on the big screen. They will face off against Bill Hader (“Barry”), Ben Platt (“The Politician”) and Ramy Youssef (“Ramy”). And while “Game of Thrones” was largely overlooked by Globes voters, star Kit Harington did manage to score a best actor in a drama series nod. His competition consists of Brian Cox (“Succession”), Rami Malek (“Mr. Robot”), Tobias Menzies (“The Crown”) and Billy Porter (“Pose”).

Netflix may have made the most noise as the Globe nominations rolled in, but other companies had strong showings. Sony Pictures, the studio behind “Once Upon a Time in Hollywood” and “Little Women,” had eight nominations, as well as two nods for its art-house division Sony Pictures Classics. Disney and Warner Bros. clocked in with six nominations apiece, recognized for hits such as “Frozen II” and “Joker.” In the television space, HBO was nipping at Netflix’s heels with 15 nods, including multiple nominations for “Barry,” “Chernobyl” and “Succession,” a deep-dive into corporate and familial dysfunction that’s a favorite of the C-suite set.

This year’s ceremony will be hosted by Ricky Gervais, the creator of “The Office,” who skewered Hollywood and the HFPA in four previous appearances as emcee. He takes over for Andy Samberg and Oh, who co-hosted last year’s Globes. It will air on Jan. 5 on NBC.