Doris Day’s Wholesome Persona Was What Fans Wanted to See 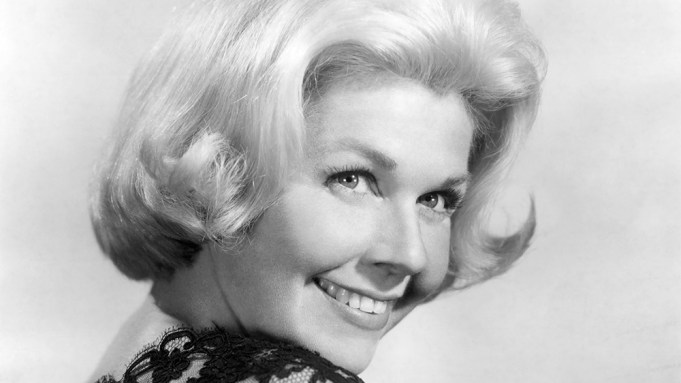 As a singer, Doris Day had a warm voice that captivated millions of post-war record-buyers. As an actress, she was a top box office attraction and her name became shorthand for nearly all 1960s romantic comedies: “It’s a Doris Day kind of film.” As a personality, she was loved by the public as a freckle-faced, common-sense gal who seemed like a lot of fun.

Privately, her life was peppered with divorces, tales of spousal abuse, bankruptcy and even connections to the Manson family. The difference between reality and her image were night and Day, so to speak. But it was a very different time. The public didn’t want to hear about the darkness; they just loved her sunniness. And that’s what fans will continue to remember.

She started out as the “girl singer” in the Big Band era, and the song “Sentimental Journey” in 1945 put her on the map. During the next three decades, she recorded about 30 albums and an estimated 650 songs.

A lot of singers have tried to move into acting, but she was one of the few who succeeded. She made her film debut in the 1948 musical “Romance on the High Seas.” Two of her best films were “Love Me or Leave Me” (1955) and “The Man Who Knew Too Much” (1956), which both showcased her singing. More important, both proved her talent as a dramatic actress.

Before that, she’d already starred in 15 films. There were occasional darker films like “Young Man With a Horn” and “Storm Warning” (1951), a rare Hollywood exploration of the Ku Klux Klan that also starred Ronald Reagan. But most of her films were simple boy-meets-girl romances, often musicals.

In every film, she was cast for her pluckiness, a woman who met every challenge with an upbeat determination. The 1953 musical “Calamity Jane” was one of her bigger hits, playing a woman who was liberated more than a decade before that term began to be widely used. And in 1957, she played a spunky union organizer in “The Pajama Game.”

Day was known for her freckles, and they were somehow symbolic of her girl-next-door accessibility. Even though big-screen epics were rampant in the early 1950s, she never played a Biblical character or royalty. And she never played someone who was beaten down by society. She was always someone that you could know and rely on.

Significantly, many of her roles were as a “career gal.” She was rarely a woman who took a subservient role to men, never merely a decoration. In Hitchcock’s “Man Who Knew Too Much,” she turned out to be the key person in foiling an assassination attempt.

Her only Oscar nomination came with the 1959 “Pillow Talk,” a risque battle-of-the-sexes comedy. She and Rock Hudson (along with comic sidekick Tony Randall) made just three films together, only a fraction of such memorable onscreen pairings as Spencer Tracy-Katharine Hepburn (nine films) or William Powell-Myrna Loy (a whopping 14 together). But those three movies made screen history. And theater owners voted her the No. 1 box-office draw in 1960, 1962, ‘63 and ‘64.

In the 1960s, there was a breakdown in Hollywood’s Hays Code with its strict rules of what could be depicted. Day’s comedies were saucy, teasing about virginity and sex in ways that were unthinkable a decade earlier. Her hits included “That Touch of Mink” (swept off her feet by Cary Grant, but refusing to give into premarital sex), “Lover Come Back” and “Send Me No Flowers” (both with Hudson), and “The Thrill of It All” and “Move Over, Darling” (with James Garner). In each, the male protagonist drove her crazy but in every film, she took control of her own life (and often his). And in most cases, Day recorded a title song for the film that proved to be a hit record.

In the mid-’60s, Jean-Claude van Itallie wrote two one-acts, “Almost Like Being” and “I’m Really Here.” Both were spoofs of Hollywood, featuring a character named Doris who was relentlessly chipper and refusing to acknowledge  reality. Facing death at one point, she reassures herself, “Doris, Doris, it’s going to be OK. … I’m America’s Honeybunch!” The theater piece captures the transition from Hollywood gloss to a harsher existence. The country was having a tough time in 1968 (the My Lai massacre, the assassinations of Martin Luther King and Robert Kennedy) and her film romps were becoming anachronistic; “With Six You Get Eggroll” that year was her last big-screen outing.

Martin Melcher, her husband since 1951, died in 1968; shortly afterwards, Day discovered that he and attorney Jerome Bernard Rosenthal had left her millions of dollars in debt. What’s more, Melcher also had signed her for a TV series and specials, without telling her. She honored the contract, leaving the bigscreen. “The Doris Day Show” bowed that year on CBS, and changed formats/locales four times in five years, ending in 1973.

Another example of the changing times: In “Doris Day: Her Own Story” (William Morrow), her autobiography as told to A.E. Hotchner, Day says she turned down “The Graduate” because the script was “vulgar and offensive.” (Anne Bancroft, of course, was brilliant, but Day would have been brilliant in a completely different way.)

Day’s first husband (1941-43) was musician Al Jorden. In “Doris Day: Reluctant Star,” David Bret writes that Jorden frequently beat her, including one time when he discovered she was pregnant. Jorden was the father to her only child, Terry, who was later adopted by Melcher. Terry Melcher was a record producer and he invited wanna-be songwriter Charles Manson to the house he was renting on Cielo Drive in Benedict Canyon. Melcher later decided he didn’t want to be in business with Manson, and after Melcher moved out, the house was rented by Roman Polanski and Sharon Tate. That’s where she and four others were murdered by members of the Manson family.

Those 1969 murders occurred on a different planet from the sophisticated world inhabited by Doris and Rock. After the CBS series ended, Day moved to Carmel, where she ran a hotel and championed many animal causes. The world had changed, and so had her priorities.

She had fans in unexpected places. Terence Davies, maker of such gritty U.K. works as “House of Mirth” and “The Deep Blue Sea,” says that one of the most memorable movies in his life was the 1954 Day musical “Young at Heart.” When he saw the film as a kid, “I fell in love with Doris Day instantly. … You thought America was like that. Everyone lived in these perfect houses. They had big kitchens and wraparound teeth. It seemed paradise,” he told Geoffrey Macnab in the book “Screen Epiphanies.”

Davies contrasts the world with his own glum life in Liverpool. And that’s what Doris Day did: She made people forget their troubles. The dark events in Day’s life make her bouncy image and her onscreen comedies even more interesting. Today, the tabloids would be filled with the harsh facts of her life. But the public liked her so much, they wanted to believe she was a happy person. And, for a time, that made them feel happy too.