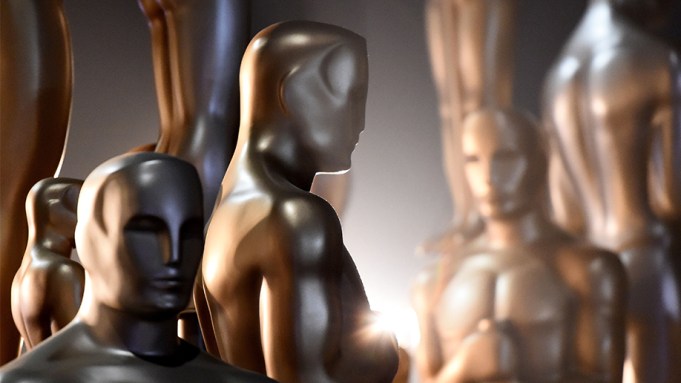 The president of the American Society of Cinematographers (ASC) has slammed the Academy of Motion Picture Arts and Sciences for its decision to not televise the best cinematography Oscar and three other awards.

Kees van Oostrum issued the condemnation of the decision Tuesday in a letter to members, a day after the announcement that the four categories –cinematography, film editing, live-action short and make-up and hair styling — would not be broadcast live but presented in a delayed and edited version during the televised Oscar ceremony in order to shorten the length of the Academy Awards broadcast.

“After receiving many comments on this matter from ASC members, I think I speak for many of them in declaring this a most unfortunate decision,” he said. “We consider filmmaking to be a collaborative effort where the responsibilities of the director, cinematographer, editor and other crafts often intersect. This decision could be perceived as a separation and division of this creative process, thus minimizing our fundamental creative contributions.”

Van Oostrum also said, “The Academy is an important institution that represents our artistry in the eyes of the world. Since the organization’s inception 91 years ago, the Academy Awards have honored cinematographers’ talent, craft and contributions to the filmmaking  process, but we cannot quietly condone this decision without protest.”

The ASC has 390 active members and is celebrating its 100th anniversary this year. Van Oostrum told Variety in interview that multiple ASC members had reached out to him to express their distaste for the Academy’s decision.

“The decision can only be seen as a diminution of our contribution,” he added. “It’s absolutely the wrong message. My phone has been ringing off the hook. It also diminishes the contribution of editors, with whom we collaborate very closely.”