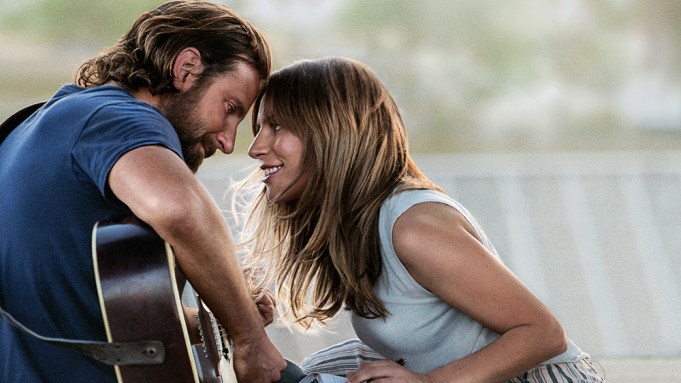 Warner Bros. has set a one-week release of “A Star Is Born” with almost 12 minutes of additional footage, including extended musical performances, on 1,150 screens in North America.

The film won the Academy Award for best original song for “Shallow” for Lady Gaga, Mark Ronson, Anthony Rossomando and Andrew Wyatt. The “special encore engagement,” which will begin Friday, will include never-before-seen footage and extended performances of the opener “Black Eyes”; “Alibi”; and Lady Gaga’s Ally in her impromptu a cappella performance of “Shallow.”

Bradley Cooper and Gaga performed “Shallow” during Sunday’s Oscar ceremonies. The additional footage will also include footage of Ally singing “Is That Alright?” to Jackson Maine in the wedding sequence; Jack in his studio singing “Too Far Gone”; and Jack and Ally writing a new song together, entitled “Clover.”

The Academy Award for “Shallow” was the only one that the romance-drama scored on Sunday out of its eight nominations, which included best picture; best actor for Cooper; best actress for Gaga; best supporting actor for Sam Elliott; best cinematograpy for Matthew Libatique; and best adapted screenplay for Eric Roth, Cooper and Will Fetters.

“A Star Is Born” has grossed $211 million in North America since its October release and another $215 million internationally.

Catch a look at some of the additional footage above and find tickets here.