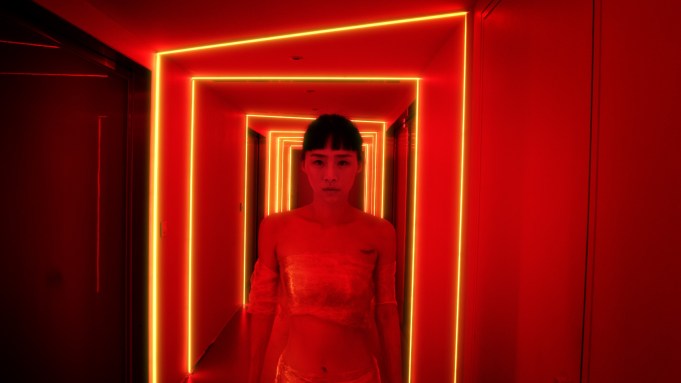 Set within the film industry and examining corrosive, bullying culture, “Nina Wu” is certainly a movie for the #MeToo era. But Harvey Weinstein makes no appearance either in the new trailer, or in the completed picture.

Instead the film, which will have its premiere in Un Certain Regard at the Cannes Film Festival this month, focuses on an actress who has gone through hell to deliver a breakthrough performance. But just as she is on the verge of triumph, her psychological resolve begins to give way. She flees back to her countryside home, but drags with her delusions that she is being stalked and belittled by another actress.

The film is a twin-fold showcase for fast-rising star Wu Ke-xi. The film is the first produced from one of her screenplays. And she doubles up as the leading lady of the film within a film, and of “Nina Wu.”

The Cannes-bound psychological thriller represents a step in a new direction for Taiwan-based auteur, Midi Z, who is best known for his ultra-low budget, single camera dramas and documentaries set in his native Myanmar. “Nina Wu” is his first with a substantial budget, his first working from a third-party script, and his first set in Taiwan.

The chemistry with Wu should be good. She previously won awards working on Z’s films “Ice Poison” and “The Road to Mandalay.”

International sales are handled by CAA in North America, Seashore Image in Greater China, Malaysia and Singapore, and by Luxbox in all other territories.