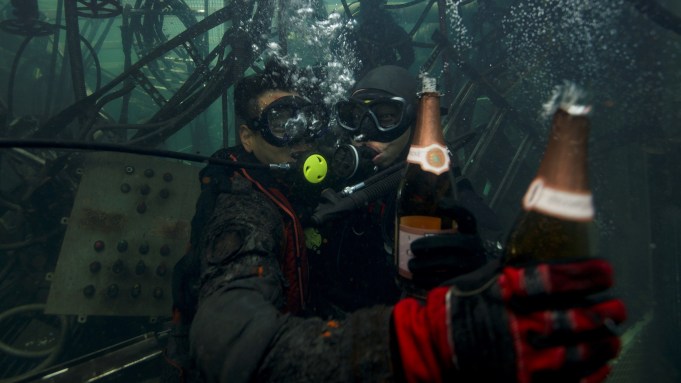 Director Dante Lam and star Eddie Peng celebrated the completion of shooting on “The Rescue” with an underwater dive in Mexico and a couple of bottles of sparkling wine.

Made without prominent guns or martial arts, the film is an upbeat and intense action film that features China’s Coast Guard Services in airborne, marine and mountain rescues. It used the Baja Studios facilities in Mexico for extensive under water scenes.

Post-production will last for the remainder of 2019, ahead of an anticipated release at Chinese New Year time in 2020.

At the Cannes Film Festival, rights to the movie are being sold by China Modern Film and Television Development (HK). Hong Kong studio Emperor Motion Pictures is handling distribution in selected territories in Asia.