Continue to Variety SKIP AD
You will be redirected back to your article in seconds
Oct 20, 2019 2:47am PT 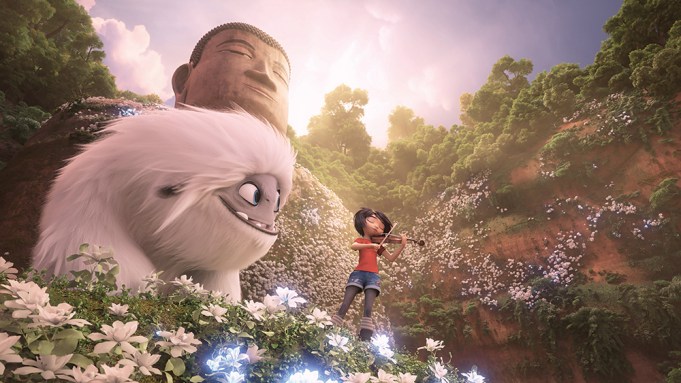 Plans to release the increasingly controversial Chinese-U.S. co-produced animation film “Abominable” in Malaysia have been dropped after the distributor said that it would not be cut to cater to political sensitivities.

The film includes a scene which depicts a map showing the South China Sea and the so called “nine-dash line” that China uses to claim most of the sea area. The resource-rich waters are also claimed by Malaysia, Brunei, Vietnam, the Philippines and Taiwan.

In recent days, inclusion of the map scene caused the film to be banned in Vietnam, and in the Philippines the foreign minister has led calls for the film to be boycotted. In Malaysia, the censorship board, Lembaga Penapis Filem, or LPF, gave its OK to the planned Nov. 7 theatrical release on condition that the scene be cut.

“Universal has decided not to make the censor cut required by the Malaysian censor board and as such will not be able to release the film in Malaysia,” a spokeswoman for the film’s distributor, United International Pictures, told the Reuters news agency on Sunday. Other sources told Variety: “It was a collective decision from the studios.”

The film is a Sino-U.S. co-production between Comcast-owned DreamWorks Animation and Shanghai-based Pearl Studio. Pearl is now a fully Chinese-owned rebrand of the former Oriental DreamWorks joint venture, which was founded with great fanfare in 2012 as a landmark collaboration between Hollywood and China.

In July 2016, an independent arbitration tribunal established under the U.N. Convention on the Law of the Sea (UNCLOS) published a clear and binding ruling that the nine-dash line claims were mostly incompatible with UNCLOS. The ruling said that building artificial islands in the sea did not give China territorial claims in the area. China’s response was to call the ruling “a waste of paper.”

“Abominable” has performed well in North America, but poorly in China. On release in the U.S. since Sept. 27, “Abominable” has grossed $51.2 million. It was released in China on Oct. 1, China’s National Day. But its patriotic Chinese elements have failed to win over Middle Kingdom audiences. Its China total to date is $14.6 million.

In recent months, Chinese authorities have forced hotels and airline companies to backpedal on geographic details on their websites and publicity materials. Chinese citizens have been mobilized to boycott the Coach, Givenchy and Versace luxury goods brands for mislabeling Hong Kong as a separate country. Coach and Givenchy also listed Taiwan as a separate nation.

Last week, ESPN also faced criticism for using a map that appeared to endorse China’s claims to both Taiwan and the same disputed South China Sea regions. China has never disavowed the possibility of using force to bring Taiwan to heel, viewing the self-governed and democratic island as a renegade province.