Continue to Variety SKIP AD
You will be redirected back to your article in seconds
Nov 13, 2019 7:00am PT

Robert Pattinson and Jennifer Lopez on Batman, ‘Hustlers’ and ‘The Lighthouse’ 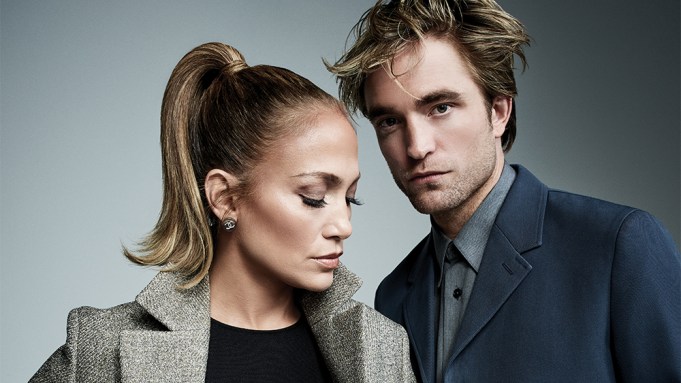 Jennifer Lopez (“Hustlers”) and Robert Pattinson (“The Lighthouse”) sat down for a chat for “Variety Studio: Actors on Actors.” For more, click here.

In “Hustlers,” Jennifer Lopez plays Ramona, the ringleader of a gang formed in a New York strip club. She’s equal parts private dancer and hardened criminal, a combination that Oscar voters might find as irresistible as general audiences have. One of the many admirers of “Hustlers” is Robert Pattinson — himself no stranger to shadowy settings. In his latest film, “The Lighthouse,” Pattinson plays a keeper of a desolate watchtower who is slowly losing his mind.

Robert Pattinson: OK, “Hustlers.” Very much liked it. I saw it in the theater, and it was packed. Do you think if “Hustlers” was directed by a man it would be different?

Jennifer Lopez: I think it would be so different if it was directed by a man. I think what “Hustlers” exposes is that men have a very secret life, and they have a way that they think about and look at women that is very objectified a lot of the time. Lorene Scafaria, the director, was really great. It was a nonjudgmental lens. Whereas I think from a man, these women would have been judged, because men put women in categories.

Lopez: When I speak like this, I don’t mean every man. I mean in general.

Pattinson: I’m joking. I think you’re probably right. Were you worried about doing a part like that?

Lopez: As an actress, no. The actress in me looks at it on the page and goes, “Oh, this is going to be so much to sink my teeth into.” And then there’s Jennifer the mom, and Jennifer the public person. I go through all those silos and I think about it. But in the end, the artist always wins out, because that’s what I love to do.

Pattinson: Do you think it’s impossible to judge any character’s actions once you start trying to play them?

Lopez: You have to love them. When I first saw the movie, I was sick to my stomach. I was like, “Oh, my God, what are they doing!” Then I had to remove myself from it, because when you watch a movie like “Goodfellas” or “Boogie Nights,” you delve into these dangerous, enticing worlds, where you get caught up in doing bad things and it’s a slippery slope.

Pattinson: It always looks way sexier in movies. Whenever you’re in a seedy kind of [club], it always smells weird. It’s like, “This wasn’t what I thought it was going to be.”

Lopez: So “The Lighthouse” — incredible performance and a transformation for you. When you read the script, what was it about it that made you think, “Yeah, this is the next one I’m going to do” — because it’s risky?

Pattinson: I mean probably the same thing that appealed to you about “Hustlers.” You’re thinking, “Oh, I can be a stripper.” I’m like, “Get to have sex with a mermaid, and constantly naked. I have a cool mustache.” I love finding something where I have absolutely no idea how to do it. I don’t approach parts if there’s something relatable. If I was going after parts which seem somehow relatable to my real self, I would be consistently playing chronically insecure losers.

Lopez: I think that’s what people don’t understand about actors and their choices. It’s about finding something you haven’t done.

Pattinson: Something I was trying to find for years was to do a ballet movie. And then my agent was like, “Why? Do you know how to ballet?” I’m like, “No.”

Lopez: But why? Why, Bobby, tell us?! Is there something fascinating to you about the world of being a male ballet dancer?

Pattinson: I think there’s a ballerina inside me.

Lopez: Yeah, there’s a ballerina in there. It’s the dance.

Pattinson: I really wanted to do it.

Lopez: Can you tell us a little bit about what it was like making “The Lighthouse”?

Pattinson: We made it in this little tiny fishing town called Cape Forchu in southern Nova Scotia, and there was nothing. Robert Eggers is the director, and he built the 70-foot lighthouse. The interiors are built as well, on location, to such exactly period-correct specifications that you could open up every little drawer. Somehow, they’d found cutlery from the lighthouse departments in 1880. Also, we’re shooting on lenses from the ’20s on black-and-white negative.

Lopez: Your character descends into insanity. What’s that like?

Pattinson: It was one of those parts where you could see in the script that it was a no-limit part, which I always really like. And so, I think we do these completely wild scenes, and then literally after a take, you’d be so —

Pattinson: But it’s very cathartic. I don’t know how you’d be able to bring the part home. It’d be impossible.

Lopez: I feel like some younger actors, they feel like they need to stay in it all the time. And as I’ve done movies for many years now, I can’t wait for the end of the day to let it go, and go home and wash — literally get in the shower and wash it all off.

Pattinson: Between action and cut, that’s the thing. That’s the safe place. I need to know that there’s a cut coming, and then I feel safe. That’s when you go crazy. You know what I love of yours, which I think is such an amazing movie, is “The Cell.”

Lopez: Oh, thank you. I got to know you when you did the “Twilight” series, and you were the vampire. That was a big studio film, and I’ve done some big studio films. Was it a conscious choice for you to move away from that for a while?

Pattinson: I mean with “Twilight,” it wasn’t really an established thing. To me, Catherine Hardwicke, who directed it, had done “Thirteen” and “Lords of Dogtown.” They were little movies, and they were kind of hard-core. Kristen [Stewart] was in stuff as well; she’d been in “Into the Wild” and some other things. And it was very indie.

Lopez: You thought it was going to be a “Lost Boys” type of thing?

Pattinson: Exactly. I mean it’s a weird story, “Twilight.” It’s strange how people responded. I guess the books, they are very romantic, but at the same time, it’s not like “The Notebook” romantic. “Twilight” is about this guy who finds the one girl he wants to be with, and also wants to eat her. Well, not eat — drink her blood or whatever. I thought it was a strange story. Even the way I promoted it, I was very open about how strange I thought it was when I was doing it. Then afterward, I didn’t make a conscious decision at all to do smaller things. I’ve just kept doing what I wanted to do in the first place.

Pattinson: With “Batman,” there was something — I was very focused on it. It kept coming back into my head.

Lopez: So you sought out the part?

Pattinson: Well, not sought it out directly. But I was interested in it. I don’t know what it is, which happened inside of me, but I was like, “I kind of want to do it.” I like doing something which an audience doesn’t know that it wants, and try to get it out of them: “Oh yeah, you want to play Batman.”

Lopez: You’re going to be Batman.

Pattinson: And that’s crazy! Let me tell you something. Whenever I see that little action figure, I still haven’t really got my head around it yet.

Lopez: I think you’d be a great Batman. An awesome Batman.

Pattinson: You would be as well.

Lopez: I could be Batman. Why not? I think as an actor, it would be fun to explore.

Pattinson: I don’t know anything about football. So, you’re playing at the Super Bowl?

Pattinson: Are you excited?

Lopez: I am excited. I think there’s not a musical artist in the world that doesn’t dream of performing at the Super Bowl.

Pattinson: Have you already put the show together?

Lopez: I’m putting it together now. Me and Shakira together. We’re both excited to have been given the opportunity to do that, as two Latin women, in Miami. I think it’s important in this day and age for two Latin women to be standing on that stage — when Latinos are being treated a certain way in this country, or looked at a certain way — to show that we have a really specific and beautiful culture and worth and value, and we bring something to this country that’s necessary. I think that’s going to be an amazing moment. That night, I want it to be a celebration of who we are. All of us, because we’re in this together.

That’s how I feel. I want to bring everybody together in that moment.