Mindy Kaling and Constance Wu on ‘Hustlers,’ ‘Late Night’ and the Importance of Female Directors 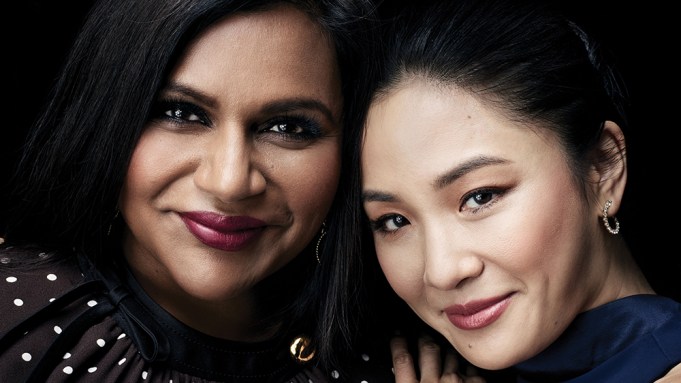 Mindy Kaling (“Late Night”) and Constance Wu (“Hustlers”) sat down for a chat for “Variety Studio: Actors on Actors.” For more, click here.

Mindy Kaling hit big screens this year with “Late Night,” a film that played off her winsome ambition. As an aspirant writer lending a new attitude to an aging show, Kaling reinforced the image of the classic-comedy junkie forged on “The Mindy Project.” Fellow TV star Constance Wu made a similar leap in 2019, following “Crazy Rich Asians” with another sensation, “Hustlers.” As Destiny, an ingénue among a band of strippers, Wu transformed herself — but retained the shrewd timing that’s her signature.

Constance Wu: Two more times than I did.

Kaling: This is insane that you don’t see the movies that you’re in.

Wu: I know what happens.

Kaling: That’s a good point. I’ve seen it enough for you and me. The movie just crossed $100 million. What does that mean to you?

Wu: My agent emailed me, and everybody on the chain was like, “It’s so great.” I was like, “Cool. What does this mean?” I don’t really think about numbers. I’m learning about this stuff. “Hustlers” is only the second studio movie I’ve done. The first was “Crazy Rich Asians.”

Kaling: You have a good batting average. I felt affected that it was so successful. It’s almost all women of color, and the story is so unusual. It’s not about rich people. It’s about people struggling to get by. Congratulations.

Kaling: Both our movies had female directors. That made a huge difference.

Wu: Lorene [Scafaria] wrote it and had a clear vision of what she wanted to do. She doesn’t come from a place of “Let’s humanize this woman.” She already does that. She already understands that.

Kaling: Nothing felt exploitative. I love seeing beautiful women dance, but there was nothing prurient about it, which was refreshing. With “Late Night,” we hired Nisha Ganatra. Stories about women and ambition are tricky because ambition is such a stereotypically masculine trait. It’s not considered attractive.

Kaling: This movie is about two women who are incredibly ambitious about their career. I wanted to find someone who had loving feelings toward ambition in women and thought of it as a beautiful thing. And as a producer, I can’t talk about how important it is that we have representation and then hire some white dude to direct my movie.

Wu: In “Late Night,” you are part of this late-night comedy-writing team that’s a boys’ club, and you go in there and claim your space. Was that taken from life at all?

Kaling: The character is based a lot on the way that I was when I started “The Office.”

Wu: Which was what percentage of men to women?

Kaling: I was the only person of color and the only woman in a staff of seven. That was 2004. Now, that would be absolutely insane. But when I was a writer there, if I had a bad day or said something lame or unfunny, I was like, oh, this is what they think Indian women are like.

Wu: Have you heard the term “rep sweats”?

Kaling: No, tell me.

Wu: I think it was coined around the time “Fresh off the Boat” came out. You’re sweating because you have to rep, but you’re just one story. There’s no possible way that you could rep every single person who looks kind of like you.

Kaling: Totally. There’s so much hope and expectation put on you. Rep sweats. I’m going to use that all the time.

Wu: As an actor, you can’t win them all. If you try, it just waters everything down, and then the content isn’t as good. You just have to be truthful to your character and hopefully that spurs on more projects so we don’t just have the one representative.

Kaling: Yeah, that’s a smart way to go about it.

Wu: Did “The Office” change?

Kaling: It did. Every year, there were small changes. Now, there’s so much more financial incentive to hire people of color. There’s way more scrutiny, in a good way, on our staffs.

Wu: I think of it in a different sense: It’s a creative incentive. Because you are getting voices that have not been heard. I know a lot of guys, male writers, who are like, “Oh, it’s a great time for women, and I’m not getting as many jobs.” I’m like, “It’s a great time for men, too, because you’re finally getting to see stories that you were robbed of when you were young.” It’s like if you had fried chicken every day of your life, which is great, but then all of a sudden you get to try pizza. What’s bad about that?