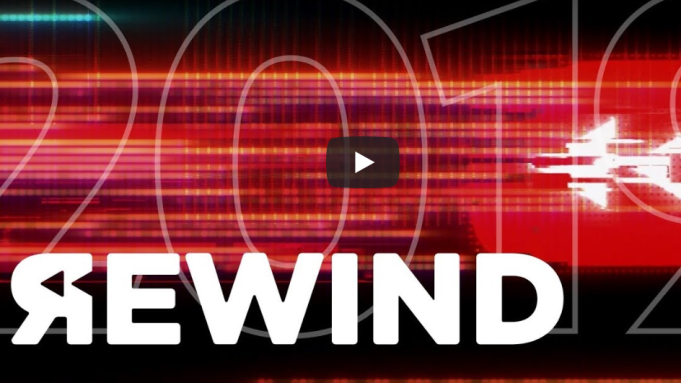 YouTube has taken a brand-new approach with this year’s YouTube Rewind mashup video — dropping its tradition of highly produced original videos segments. Instead, the 2019 version is a montage of what the platform says were the biggest moments and milestones from around the world on YouTube.

The move came after the 2018 YouTube Rewind scored as the most-disliked video ever in the platform’s history.

“We heard a lot of feedback that the video last year didn’t reflect people’s experience on YouTube,” Kevin Allocca, head of culture and trends at YouTube, said in an interview with Variety. “Rewind has always been a moment to celebrate the big things that happened on YouTube and document the end of the year. People feel a real sense of ownership of what they create on the platform.”

YouTube Rewind 2019 highlights different categories including the most-viewed creators on the platform — led by PewDiePie (with 4 billion views), who was absent from the Rewind video last year.

Other categories in 2019’s Rewind were most-liked video overall (MrBeast’s “Make This Video the Most-Liked Video on YouTube”), most-liked music, dance, and beauty videos; most-viewed video games (“Minecraft” and “Fortnite”); and top breakout creators (No. 1: Brazil’s Loud, which now has 3.8 million subscribers after launching in February).

Songs featured in the video include Ariana Grande’s “7 Rings” and Billie Eilish’s “Bad Guy,” which were among the most-viewed music videos on YouTube in the U.S. this year.

YouTube Rewind 2019 also gives a shout-out to K-pop boy band BTS, which set YouTube’s record for the most views in the first 24 hours of release with their single “Boy With Luv,” featuring Halsey. “Boy With Luv” also was the second most-liked music video after Shawn Mendes and Camila Cabello’s “Señorita.”

Last year’s YouTube Rewind set the record for the most dislikes of any video on the platform less than a week after it was posted. (It now has 17 million “dislikes” and 2.6 million “likes.”) Critics complained that YouTube’s 2018 Rewind was tone-deaf to the video platform’s community, as it featured mainstream celebs like Will Smith, Trevor Noah and John Oliver and ignored many native YouTubers. YouTube CEO Susan Wojcicki even revealed that her kids told her the video was “cringey.”

The 2019 edition was again produced by digital studio Portal A, which has partnered with YouTube for the project since 2012.