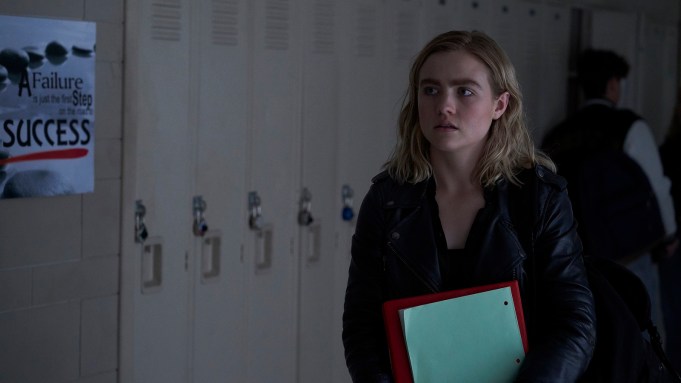 YouTube released the official trailer for the second season of “Impulse,” the thriller from executive producer Doug Liman, which returns to the service next month — when it will be available to watch for free with ads.

The entire first season of “Impulse” is now to watch free on YouTube, and season 2 will premiere Oct. 16 in front of the paywall with new episodes weekly under the video giant’s new release strategy for originals.

In “Impulse,” Maddie Hasson stars as Henrietta “Henry” Coles, a rebellious 17-year-old girl who has always felt different from her peers and longs to escape from her seemingly quaint small town. During a traumatic event, Henry discovers she has the extraordinary ability to teleport, and her newfound power confirms Henry’s conviction that she really was different from everybody else — but it now makes her the focus of those who want to control her.

In the season 2 trailer (watch above or at this link), Henry struggles to understand her extraordinary ability to teleport. Nikolai (Callum Keith Rennie) makes an effort to control Henry and her power. But is he here to help or hurt Henry — and are those close to her in danger?

The first episode of “Impulse” Season 1, released in June 2018, has garnered nearly 55 million views to date. YouTube has made pilots of its original shows free to watch but until now has limited the rest of the episodes to paying subscribers to YouTube Premium ($11.99 monthly) and it hasn’t disclosed viewership numbers.

As of Sept. 24, YouTube is making all new original series and specials available for free with ads. Previously, those were exclusively available via YouTube Premium. Hit YouTube original “Cobra Kai,” based on the “Karate Kid” movie franchise, became available to watch for free to the service’s global audience Aug. 29, followed by season 2 on Sept. 11.