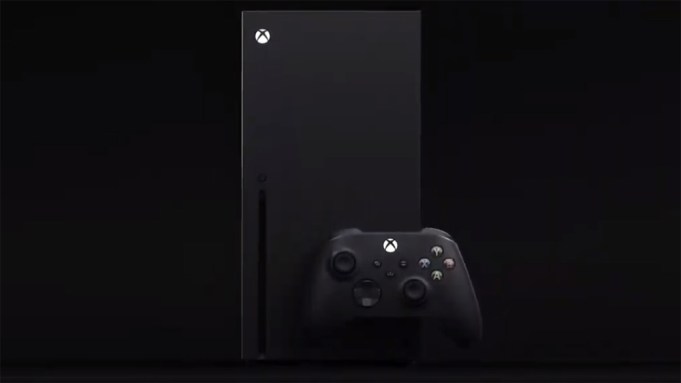 The next-generation Xbox console is officially called the Xbox Series X, and will be released over next year’s holiday season, Microsoft revealed during Thursday night’s The Game Awards.

Head of Xbox Phil Spencer took the stage at Los Angeles’ Microsoft Theater to make the big reveal about the project previously known as Project Scarlett, and fill in the audience on a few details. He promised that the Series X would “lead us into the future of console gaming” with its debut in about a year, teasing “our fastest, most powerful Xbox.”

“We see a future where you’re instantly absorbed in your games, where worlds are even more lifelike, immersive, responsive and surprising,” he told the crowd. “Where you are at the center of your gaming experience.”

After the reveal, Spencer introduced a trailer that was eventually revealed to be the sequel to “Hellblade: Senua’s Sacrifice” by studio Ninja Theory. He noted that it was “all built in-engine to take full advantage of Xbox Series X,” before the trailer opened on some intense chanting as a monster rose from the ground.

The console, as it was quickly noted on social media, looks more like a PC tower than the traditional horizontal gaming console. However, Microsoft announced more details in a blog post on Thursday night, revealing that the Series X will support both vertical and horizontal orientation.

The controller, on the other hand, looks very similar, but its “size and shape have been refined to accommodate an even wider range of people,” according to the blog post. It will also include a share button to simplify posting screenshots and clips online. Additionally, it will be backward compatible across all the previous generations of Xbox.