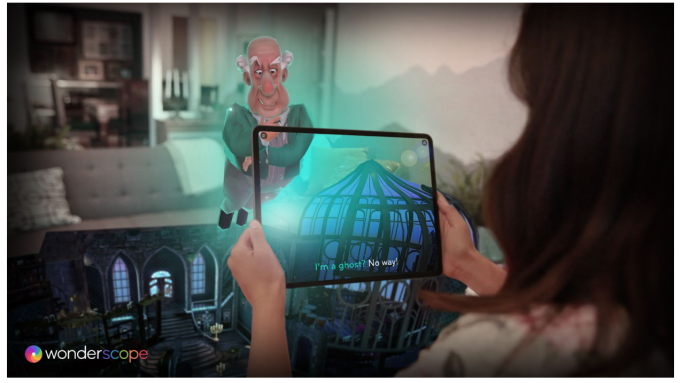 Wonderscope, which is available for most recent-generation iPads and iPhones, lets children explore animated stories in AR. In the case of “Willowcrest Manor,” this means that the haunted house appears in their bed, on the living room floor, or where ever else they decide to explore the story.

The app encourages kids to get off the couch and explore every angle of the scene. It also lets them get actively involved in the story by interacting with elements on screen, as well as talking to the characters of the story.

“We crafted this story with the intention of creating a narrative that was not just seasonal and fun, but highly participatory and fully immersive, incorporating the most exciting elements of AR,” said Within’s lead creative and technical artist Thor Benitez. “This meant building a dollhouse-sized manor where kids play the house ghost and use their device to explore, tap and talk their way through the adventure.”

Within first released Wonderscope in November of 2018. The company has since regularly added new stories, which can be bought for $4.99 each as in-app purchases. Within executive producer Samantha Storr told Variety that AR had gotten a lot more popular with consumers just over those past few months.

“AR has become a part of how we communicate, how we navigate, and how we play,” she said. “As the technology gets better and the use becomes more frequent, we’ll continue to explore new ways to bring stories to life in our world through AR.”