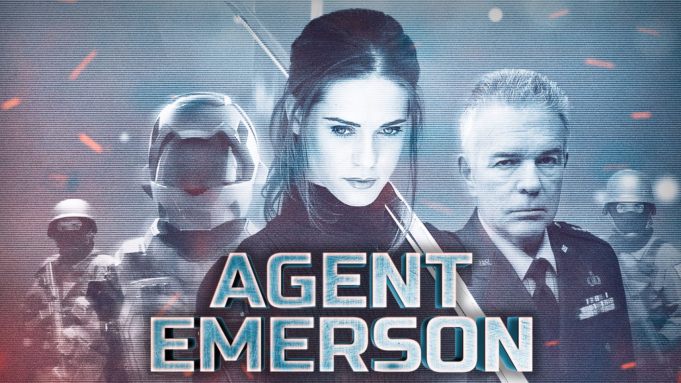 “Agent Emerson,” a new virtual reality (VR) film that puts the viewer at the center of the action, is scheduled to be released on all major headsets this coming November. Variety is able to share the trailer, as well as some behind-the-scenes photos of the production, exclusively with its readers.

The 15-minute VR film is about David Emerson, a CIA agent who wakes up to the realization that his body has been taken over by an evil general as part of an experimental weapons program. Emerson teams up with a rogue CIA operative to regain control.

Director Ilya Rozhkov explained that the goal was to incorporate some of the restrictions of 360-degree VR filmmaking, which gives viewers the ability to look in any direction but not actively impact the action, directly into the plot.

“The story of ‘Agent Emerson’ revolves around the themes of control over one’s own actions, the consequences, and personal responsibility that result from lack of that control,” Rozhkov said. “The protagonist is in the same boat with the audience of the film – he does not control his body, which is being manipulated by the General.”

“Agent Emerson” has been shot POV-style, with the audience seeing what Emerson would see. To achieve this, the team worked with a special head-mounted camera rig strapped to the actor’s head.

The film has been produced by Pete Blumel and Cathy Twigg of Rogue Initiative, Sergey Selyanov of CTB Film Company, and under Ilya Rozhkov’s banner Serein. It’s starring Tony Denison and Lyndsy Fonseca, with Andrew Bowen doing the voice acting for the Emerson character.

“Agent Emerson” will be released on Oculus Rift, Go and Quest, HTC Vive and Cosmos, as well as Sony Playstation VR on November 22.