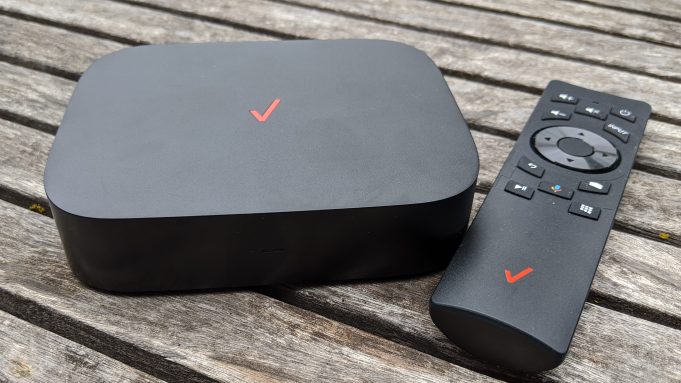 Verizon has an answer to Roku, but it’s not talking much about it: The mobile carrier quietly released a new streaming device this week that promises to bring services like HBO, Hulu and YouTube to your TV. Dubbed Stream TV, the device is a solid streamer based on Google’s Android TV platform, albeit with a few notable omissions.

Instead of signing up customers for its expensive Fios TV service, Verizon aims to offer them a cheap and easy way to get to their favorite streaming apps, while hopefully using Verizon’s network for internet access. The carrier is giving Stream TV for free to anyone who subscribes to the company’s new 5G Home Internet service — a service that is for now only available in parts of Houston, Indianapolis, Los Angeles, Sacramento and Chicago.

The device also popped up on Verizon’s online store this week, where anyone with $70 to spare can buy the device, regardless of whether they’re a Verizon customer or not. Verizon didn’t announce this sale, or promote it in any way, but Variety still obtained a unit to take a closer look at Verizon’s streaming hardware ambitions.

Stream TV looks like your typical over-the-top streaming device: A black casing with rounded corners, an LED light in the front and your essential connections (HDMI, power and ethernet) on the back. (For the technically inclined: Stream TV is 4K-capable, runs Android 9, has a total of 8GB of on-board storage, 2GB of RAM and uses an an ARM quad-core processor). And if it wasn’t for the iconic red V, you wouldn’t even know this was a Verizon device.

That subdued take on branding continues once you set up the device: Stream TV is your typical Android TV device, and comes with Google’s media apps pre-installed. There is a row for Verizon-curated content that can’t be removed on the home screen, but at least at launch, every single title in that row was a link to YouTube TV. Verizon recently struck a deal with Google to promote YouTube TV as an alternative pay-TV service to its internet customers, and presumably gets a cut for every customer it signs up, so it makes sense that the carrier would heavily promote YouTube TV.

The Stream TV user interface features a row of Verizon-curated content, but not any Verizon apps.

What makes less sense is that Verizon would demote its own media services to second-class citizens on its own streaming devices. Verizon recently launched a new app for Yahoo News, Sports and Finance video programming, and also has a dedicated Yahoo Finance app available for the platform. In addition, Verizon Media properties like TechCrunch, Engadget and Huffington Post are publishing videos on a daily basis — but none of that content is featured on Stream TV.

That’s a missed opportunity for Verizon, but consumers probably won’t care much either way. They will however notice another significant omission. Stream TV doesn’t have a Netflix app, and the streaming service can’t currently be installed from the Play Store either. It’s pretty baffling why Verizon would ship a streaming device in 2019 that doesn’t have access to the most popular subscription streaming service.

Asked about the omission, a Verizon spokesperson responded via email: “We’re always evolving the features and functionality of the product. We’ll share more updates as we have them.”

You can’t install Netflix on the Stream TV.

A final notable omission: Verizon struck a massive partnership with Disney, giving its wireless subscribers access to a year’s worth of Disney Plus for free. However, the Disney Plus app also isn’t pre-installed; unlike Netflix, it can be installed from the Play Store, though.

Like other Android TV devices, Stream TV also integrates the Google Assistant, bringing personalized information, smart home controls and more to the TV screen. And Stream TV does effectively double as a Chromecast, which makes it possible to send videos directly from apps on your Android or iOS mobile device to the streamer — with Netflix once again being the exception to the rule. Stream TV does show up as a cast-capable target device in the Netflix mobile app, but attempts to cast any video to the streaming box fail.

The Stream TV remote features a power button, which is unique.

Speaking of control: The remote that ships with the Stream TV device doubles as a TV remote, thanks to integrated IR. It also features a mic button, as well as a D-Pad for navigation, volume buttons, a couple of menu buttons, a mic button for voice control and a power button.

The latter is a welcome change, since it is often amiss from other streaming devices. Granted, the energy savings achieved by pressing this button as opposed to letting the device go to standby on its own after some minutes of inactivity are likely minimal, but there is something satisfying about having the ability to call it quits after an evening of binge-watching.

All in all, Stream TV seems like a solid streaming device for the price, if it wasn’t for the baffling omission of Netflix. Without it, there’s really no good reason for consumers to buy it. And without any real tie-in of Verizon Media content or services, Stream TV seems a bit like an odd duck. Something that was released a little too early, perhaps before Verizon’s real plan for cord cutters actually came together.