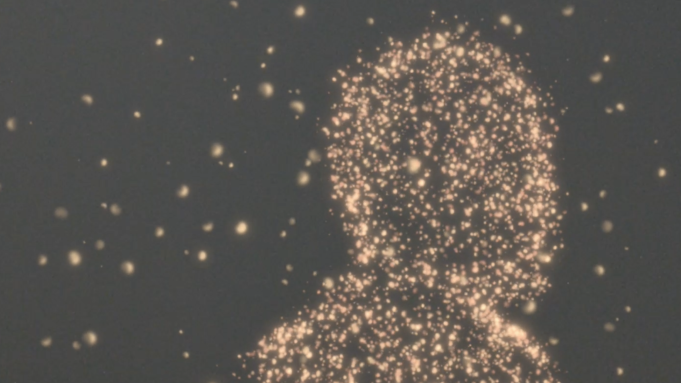 Courtesy of The Next Amendment

Anti-homelessness group The Next Amendment is combining mixed media storytelling with augmented reality (AR) for a new installation and documentary that is premiering at the Venice Film Festival this week. The group exclusively shared a trailer for the piece with Variety.

“These Sleepless Nights” lets viewers explore a 4-part mini-documentary with Magic Leap AR headsets by walking around a large cube. Each sides of the cubes helps them unlock part of the story, shining a light on the plight of people who have gone through the process of an eviction.

“These Sleepless Nights” executive director Edward Saatchi told Variety that the documentary had been inspired by Matthew Desmond’s book “Evicted.” The goal of the doc was to both raise awareness about the issue of evictions, as well as raise money for groups that work on housing for the homeless in cities like Oakland and New York, he said. “It’s starting a conversation on the right to shelter.”

The 22-minute mixed reality documentary has been created and directed by Gabo Arora, whose previous VR films include “Clouds Over Sidra” and “Zikr: A Sufi Revival.” Arora told Variety that it was a challenge to reinvent immersive filmmaking for AR, in part because of the limits of today’s AR hardware. “VR takes you to a different world,” he said. “With AR, you have to think about choreography a lot more.”

The solution for “These Sleepless Nights” was to rely a lot more on spatial audio, and less on video that aims to take over your field of view. “A lot of it is based on audio,” Arora said. In addition to interview segments, the film also comes with a soundtrack featuring music by Philip Glass.

After Venice, The Next Amendment is looking to bring “These Sleepless Nights” to other cities, including San Francisco, Washington D.C., and possibly Milwaukee. In public spaces, the installation will offer viewers the ability to access the documentary via an iOS app. Saatchi said that the ultimate goal of the group was to add a right to shelter to the U.S. Constitution.