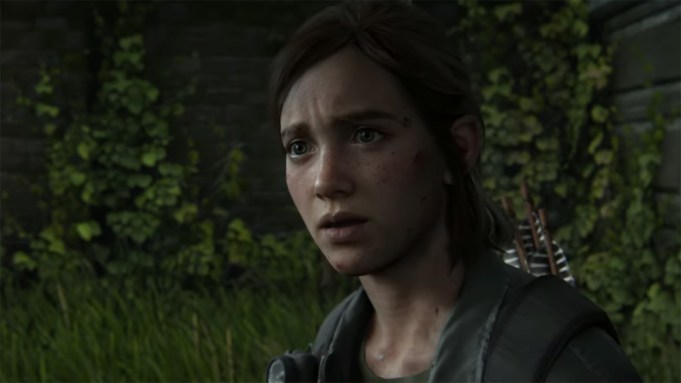 “The Last of Us” fans finally know when the long wait for the sequel to the hit horror survival title will end.

Sony revealed during its State of Play announcements on Tuesday that “The Last of Us Part II” will drop for the PlayStation 4 on Feb. 21, 2020, in addition to debuting a new action-packed trailer showing off new gameplay.

The sequel finds an older Ellie in the lead role, and the new footage sees her on horseback, in a boat and, yes, fighting monsters and humans in a few particularly bloody scenes. Joel, the subject of the previous game, makes an appearance at the end of the trailer, telling Ellie, “you think I’d let you do this on your own?”

Troy Baker and Ashley Johnson return to reprise their voice roles as Joel and Ellie, respectively.

It’s been six years since Sony released the Naughty Dog-developed “The Last of Us” for PlayStation 3, with a remastered version for the PlayStation 4 having dropped in 2014. “The Last of Us Part II” was first announced in December 2016, and Sony revealed the first look at gameplay at last year’s E3.

“The Last of Us Part II” was far from the only game teased at State of Play: Sony also revealed a “Death Stranding” limited edition PS4 Pro bundle, that “Civilization VI” is headed to PS4, a new “Call of Duty: Modern Warfare” story trailer and more.