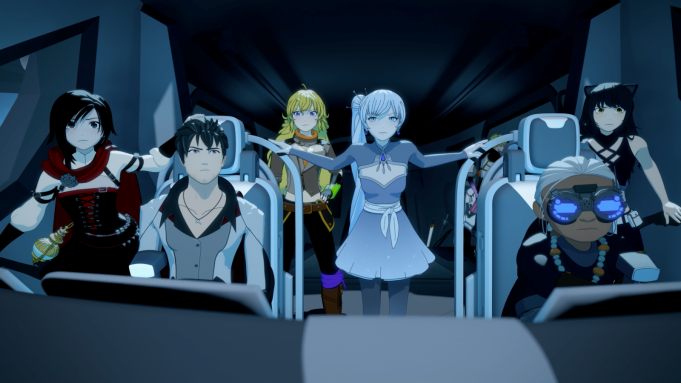 The girls of “RWBY” will return at Rooster Teeth for at least two more seasons — or “volumes,” as the AT&T-owned media company calls the anime-style series.

Rooster Teeth greenlit an additional two volumes of “RWBY” (Volumes 8 and 9) with more details to be released at a later date. The announcement came as RT released the trailer for “RWBY” Volume 7 on Thursday at New York Comic Con. Volume 7 premieres Nov. 2, initially available on the Rooster Teeth First subscription-streaming service, which starts at $5.99 monthly, with new episodes to be released on a weekly basis.

“RWBY” is set in the magical world of Remnant, in which four girls — Ruby Rose, Weiss Schnee, Blake Belladonna and Yang Xiao Long — have trained to be Huntresses, to fight hordes of evil monsters (the “Creatures of Grimm”) hell-bent on destroying Remnant’s kingdoms.

In the seventh installment, the girls have fought hard alongside their friends to bring the Relic of Knowledge to Atlas, the northernmost Kingdom in Remnant. However, the futuristic urban-sprawl may hide just as much danger as the Grimm-infested tundra that surrounds it. Enemies and allies will collide as our heroes fight to stop Salem’s forces, but banding together is dangerous when you don’t know who you can trust.

Rooster Teeth says “RWBY” is a “Western-style anime” and boasts that it’s the first such production to be distributed in Japan. Purists argue that it’s not real anime, because it’s produced outside of Japan. In any case, the debate hasn’t diminished the show’s popularity among Rooster Teeth fans.