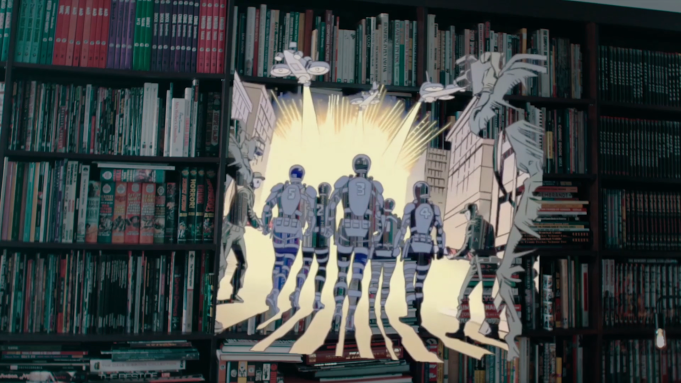 “I think of it as a new stage for storytelling,” said Madefire CEO Ben Wolstenholme during a recent interview with Variety. The partnership between the two companies was first announced at New York ComicCon last October.

Magic Leap owners will have access to more than 50 comic series at launch, with much more content to come. Some of those titles have been optimized for the device, and allow viewers to zoom in on individual panels and explore stories in layers presented in a 3D space, complete with spatial audio.

In addition to that, the Madefire app will offer access to 2D comics that can be blown up and browsed in augmented reality, and for instance projected on your living room wall.

Most of the comics available this way also exist as 2D versions on Madefire’s iPad, phone and web apps. The goal was to give publishers a way to find their way onto an AR headset without having to create AR-only 3D comics, said Wolstenholme: “We are happy to be 2D layers in 3D space.”

In fact, creators don’t even need to own a Magic Leap headset to publish comics on the device. Madefire’s web-based creation app allows them to arrange layers in a 3D space, and Wolstenholme explained that creators could use a VR headset to preview their works in a spatial environment. “It’s not the same, but it’s a good proxy,” he said.

Madefire has partnerships with Marvel and other major publishers, as well as a range of indies. The company has also teamed up with internet art platform Deviantart, which could add a whole new range of creators to its collaboration with Magic Leap. Finally, Magic Leap has plans to create some exclusive content for the Madefire app as part of its Magic Leap Studios efforts. “I can’t wait to see what people will do,” said Magic Leap senior director Dan Lehrich.