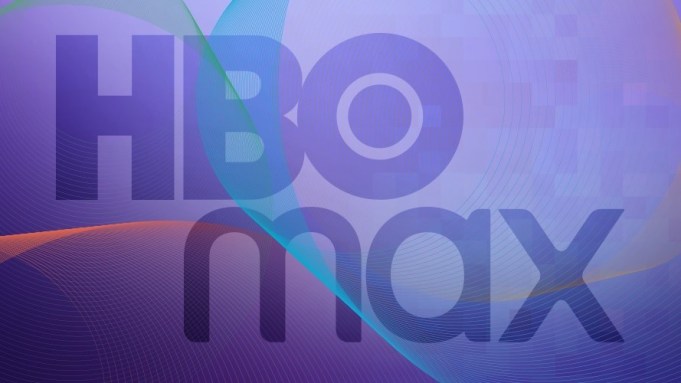 WarnerMedia revealed the launch date and pricing of HBO Max — and it will cost the same as HBO’s standalone streaming service, for twice the amount of content.

The company revealed that HBO Max will debut in May 2020 in the U.S. and cost $14.99 per month. Out of the gate, existing subscribers of HBO Now (who have signed up directly) will get access to HBO Max for no additional charge.

HBO Max is WarnerMedia’s multibillion-dollar bet it can lure consumers into a bigger new tent at the increasingly crowded streaming bazaar, and grow the total HBO user base through the stepped-up investment. The new details come just ahead of two other new subscription VOD arrivals — Apple TV Plus (Nov. 1) and Disney Plus (Nov. 12) — with everyone angling to claim territory dominated today by Netflix.

The monthly pricing for HBO Max is still higher than other streaming services. Netflix’s standard package runs $12.99 for two streams; Hulu is at $5.99 (with ads) and $11.99 (no ads), while Disney Plus is launching at $6.99 and Apple TV Plus at $4.99. But the industry had speculated that WarnerMedia would have to price HBO Max higher than HBO Now.

WarnerMedia already revealed that HBO Max will be free for one year to HBO subscribers who have one of AT&T’s TV services, a promo designed to get early buzz going. Other AT&T customers will get pitched promotional discount prices, and the company is in talks with pay-TV affiliates to offer HBO Max to current HBO users — also for no additional charge.

AT&T expects to offset the additional investment in HBO Max by signing up new customers and, eventually, selling advertising for an ad-supported version of the service.

“We’re all in,” John Stankey, AT&T’s COO and WarnerMedia’s CEO, said at the company’s splashy media event Tuesday from Warner Bros.’ lot in Burbank. “General entertainment streaming is the next great opportunity to aggregate and grow audience.”

So is the traditional HBO service going away? For now, no, although eventually WarnerMedia expects those subs to migrate to HBO Max. Existing HBO-branded services will continue to be offered through traditional cable TV distribution, and the company will maintain HBO Now for a transition period instead of forcing those users to migrate to HBO Max. “We’re fortunate to have a base of consumers today that’s north of 30 million… and we’re not going to leave them behind,” said Tony Goncalves, CEO of Otter Media, the division that is overseeing the launch of HBO Max.

AT&T plans to “aggressively market” HBO Max through all its consumer touchpoints for the launch, Stankey said, eyeing the promotional power of its 170 million existing AT&T wireless, broadband and TV customers. HBO Max will be available in a “synthetic bundle” with AT&T TV, the telco’s live TV internet streaming product essentially designed as a replacement for DirecTV.

In 2021, the company plans to introduce an ad-supported version of HBO Max, which also will be bundled with AT&T TV. As execs have said, eventually HBO Max will add live sports and news programming as well, with HBO Max ultimately becoming AT&T’s single over-the-top consumer platform.

At launch, HBO Max promises to have some 10,000 hours of premium content. The lineup includes the full complement of HBO’s programming along with new original series available only on HBO Max, licensed TV shows and movies, and library material from WarnerMedia’s properties including Warner Bros., New Line, DC, CNN, TNT, TBS, and Cartoon Network.

At the event, WarnerMedia announced a slew of new programming coming to HBO Max. That includes exclusive streaming rights to “South Park”; “Rick & Morty” (with shared rights with Hulu); new shows from Elizabeth Banks, Issa Rae and Mindy Kaling; two DC-related projects from producer Greg Berlanti, an adaptation of “Strange Adventures” and a series based on Green Lantern; sci-fi series “Raised by Wolves” from Ridley Scott; stand-up specials from Conan O’Brien; and a slate of kids’ programming including a new “Looney Tunes Cartoons” animated series.

There’s also a new “Game of Thrones” prequel — “House of the Dragon,” from George R.R. Martin and Ryan Condal, coming to both HBO and HBO Max.

In year one, there will be 31 original series on HBO Max, growing to 50 series in 2021 (in addition to originals for legacy HBO), according to Kevin Reilly, chief content officer, HBO Max and president, TBS, TNT, and truTV. Underscoring HBO Max’s focus on “content that matters to viewers,” Reilly said the top 100 titles on streaming services drive half the total usage. Translation: HBO Max is focused on quality, not raw tonnage of content.

As previously announced, HBO Max is getting its hands on the entire runs of “Friends,” “The Big Bang Theory,” “The West Wing” and “Pretty Little Liars,” among others; the entire Studio Ghibli film catalog; the full library of “Sesame Street” as well as the next five seasons; and CW dramas produced by Warner Bros. starting with the fall 2019 season (30 days prior to the TV premiere of the next seasons of the shows).

HBO Max will have 1,800 movies at launch. In the first year, the film selection will include all the films in “The Matrix,” “The Hobbit” and “The Lord of the Rings” franchises as well as all titles in the last 10 years from DC Entertainment, including every Superman and Batman movie ever made. Recently released hit “Joker” starring Joaquin Phoenix will be available at launch.

After the initial U.S. launch, AT&T will take HBO Max international — in 2021, it plans to debut localized versions of HBO Max in Latin America and Europe, according to Stankey.

AT&T told investors Monday that it expects to spend $1.5 billion to $2 billion on HBO Max next year and invest a billion in each of the following two years, before hitting profitability in 2025.

In 2021, WarnerMedia expects HBO Max to generate $1 billion in incremental revenue from the U.S. — over and above HBO — stepping up by a billion each year through 2025 to $5 billion. Those forecasts include ad revenue, expected to come in starting in 2021.

It’s unclear how the so-called streaming wars will shake out, but Netflix investors in particular have been unnerved at the prospect of competition with content powerhouses like WarnerMedia, Disney and NBCUniversal. Some analysts believe it’s not a zero-sum game, with room for several big streamers to gain traction — likely at the expense of pay television.