Disney Plus Lineup: All the Shows and Movies Coming to the Streaming Service 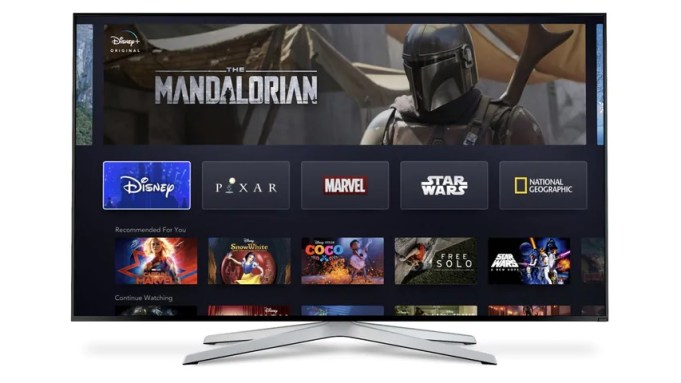 Disney is investing billions in Disney Plus, its big push into subscription streaming. It’s set to debut in the U.S. on Nov. 12, at an aggressive initial price point of $6.99 per month.

So what are subscribers getting?

For starters, Disney Plus will be the exclusive SVOD home for new releases from Walt Disney Studios, Pixar, Lucasfilm and Marvel beginning with the 2019 theatrical slate, including “Captain Marvel,” “Toy Story 4,” “Avengers: Endgame,” “Frozen II,” the live-action remakes of “Aladdin” and “The Lion King,” and “Star Wars: The Rise of Skywalker” (Episode IX). It will also feature originals like Jon Favreau’s “The Mandalorian,” the first live-action Star Wars series, plus the past 30 seasons of Fox’s “The Simpsons.”

All told, the service — in its first year — will include 25 original series, 10 original films and specials, 500 films and 7,500 episodes of current and past TV shows, according to Disney. There are additional projects in the works at Disney Plus, including a series adaptation of “Love, Simon” and a Marvel show about Jeremy Renner’s Hawkeye.

Here is a list of everything (that we know of) coming to the Disney Plus.

Recent Movie Releases
Disney Plus will be the exclusive streaming home of all Walt Disney Studios films beginning in 2019, including: