Continue to Variety SKIP AD
You will be redirected back to your article in seconds
Nov 13, 2019 3:10pm PT

Disney Employees Don’t Get Disney Plus for Free — But Netflix Doesn’t Offer Streaming Perks, Either 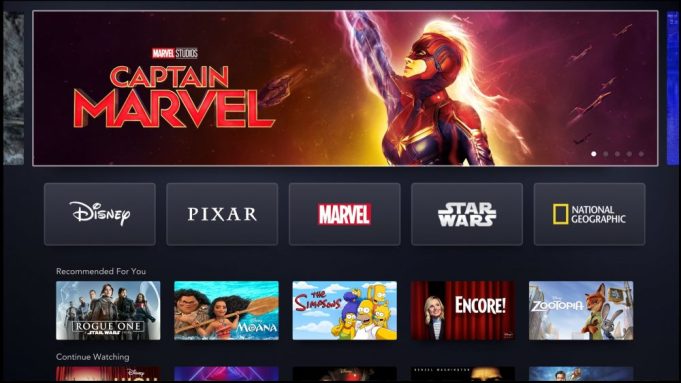 Workers in the Magic Kingdom for the most part are not getting complimentary access to the new Disney Plus streaming platform, but that lack of a perk isn’t actually unusual.

Similarly, Netflix also does not provide employees free access to its streaming services. Meanwhile, Amazon doesn’t give employees comped access to Prime or Prime Video, although it does offer full-timers an annual discount on products sold and shipped by the ecommerce giant.

Some premium internet video providers do offer their staffers free access. Those include Hulu (now controlled by Disney), which says employees get free Hulu subscriptions with premium add-ons as well as discounted prices for friends and family, according to the company’s webpage. WarnerMedia’s HBO also grants its employees free access to HBO Go (the authenticated pay-TV version of the streaming service) plus discounts on mobile and cable services.

Giving gratis access to Disney Plus to all of its roughly 200,000 employees worldwide would represent a value of $14 million per year (at the service’s annual rate of $69.99), assuming they all took such an offer.

Employees who work for Disney Parks will be able to opt for a free streaming bundle — comprising Disney Plus, ESPN Plus and Hulu (normally $12.99 per month) — starting in January 2020, but they would have to forgo the standard benefit of the complimentary pass that gives them (and select friends and family members) free access to Disney’s theme parks.

Of course, if any Walt Disney Co. employees are also Verizon Wireless subscribers on unlimited plans, they can take advantage of the companies’ joint one-year-free promotional offer.

On Wednesday, Disney announced that more than 10 million people had signed up for Disney Plus in the first day of its launch, a surge that the media conglomerate blamed for technical problems users encountered.

As far as worker benefits, Disney says it offers “a competitive total rewards package” that comprises pay, health and savings benefits, time-off programs, educational opportunities, and wellness and work/life resources, among other perks.