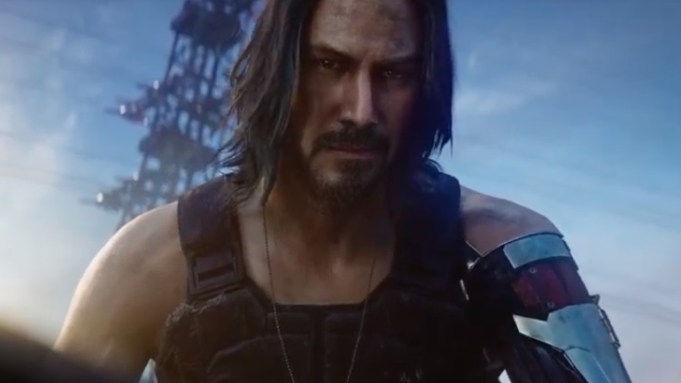 The Keanussance continues. Keanu Reeves made a surprise appearance at E3 in June, announcing that “The Matrix” star would be appearing in the upcoming role-playing video game “Cyberpunk 2077” as a non-playable character named Johnny Silverhand.

And in a deep-dive video shown at the PAX West conference on Friday, attendees got a few more details about Silverhand and the gritty Cyberpunk world.

Silverhand is described as a rebel Rockerboy with his own agenda; he will be a companion to V, the game’s protagonist, as they navigate Night City, a fictional metropolis in the (also fictional) Free State of Northern California. Rockerboys, in Cyberpunk parlance, are charismatic, anti-corporate musicians.

Reeves’ character is shown smoking, donning aviator sunglasses and boasting a robotic left arm; in the deep-dive, he’s heard asking if V thinks “they really give a rat’s d–k how you look.” He has also been described as a “digital ghost,” which might explain why Silverhand communicates via an implanted chip.

How the story unfolds — and whether Silverhand is truly an enemy or an ally — is entirely up to players as they make gameplay decisions throughout Night City and its six distinct districts. Those decisions include how they interact with the NetWatch, a sort of policing unit set on keeping Night City citizens from being overrun by artificial intelligence. On the other side are the Voodoo Boys, one of many gangs in Night City, intent on connecting with A.I. and expanding their power.

This isn’t the only tech-fueled title Reeves will be featured in in the foreseeable future: as Variety reported exclusively, he will be reprising his role as Neo in a fourth film set in the world of “The Matrix,” along with Carrie-Anne Moss, who returns as Trinity.