Baby Yoda Is No. 1 Best-Selling Plush Toy on Amazon, Even Though It Won’t Be Available for Months 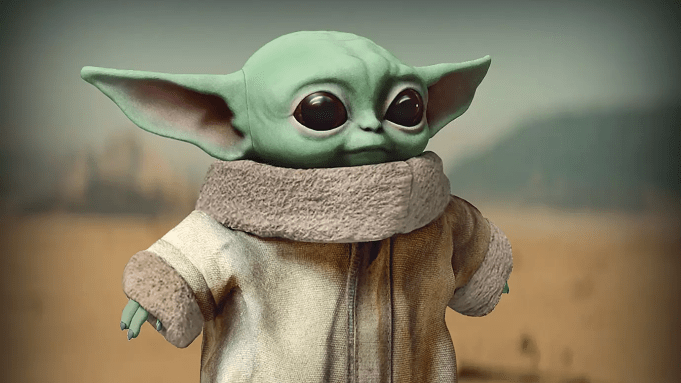 Collecting much Baby Yoda merch money this holiday season, Disney is — even if fans won’t get their mitts on the adorable creature until spring of 2020.

Demand is strong for Baby Yoda toys and collectible figures, based on the galactically cute breakout star from Disney Plus’ “The Mandalorian” Star Wars series: Currently, Mattel’s Baby Yoda plush (available for pre-order at $24.99) is the No. 1 best-selling product on Amazon in the plush figure toys category. [UPDATE: As of Dec. 21, Amazon says the Mattel plush is out of stock and the toy is no longer listed on ShopDisney.com.] No. 4 on the Amazon best-seller list was Hasbro’s battery-powered talking plush toy of Baby Yoda, who is officially known as The Child, which is also $24.99 and just recently became available pre-order.

In addition, Mattel’s 11-inch Baby Yoda toy, which comes in packaging that looks like his levitating bassinet in “The Mandalorian,” is the No. 1 most-wished-for product on Amazon’s ranking in toys and games. Also, the Funko Pop! 3.75-inch vinyl figure of Baby Yoda ($8.78 pre-order on Amazon) is No. 9 on Amazon’s toys and games most-wished-for rankings, which are based on products that customers have most often added to wishlists and registries.

According to Mattel, the first orders of The Child toy are scheduled to ship to distribution partners in February 2020. ShopDisney.com says it will be available by April 1, 2020, while Amazon says the item will be released on May 25 — which indicates that Disney’s own online store will get first dibs on the Baby Yoda toy.

Hasbro’s Baby Yoda figures and toys have May 2020 availability dates, while Funko’s collectibles are listed as being available in May or June (although some retailers project availability as early as March).

Disney held off on producing Baby Yoda merchandise because “The Mandalorian” creator Jon Favreau wanted to avoid spoilers before the series debuted on Disney Plus. While that means Disney failed to cash in on the Baby Yoda’s popularity immediate, the company will still make a mint from the character if Amazon’s rankings are any indication.

Baby Yoda toys and bobble-head figures first went up for pre-orders on Dec. 3. Last week, Hasbro got in on the Baby Yoda action as well, introducing a range of new products: The Child talking plush toy ($24.99) with posable arms and 10 sound effects, plus Baby Yoda’s frog snack and meme-worthy bone-broth bowl; The Black Series The Child 1.12-inch figure ($9.99); six different The Bounty Collection The Child 2.2-inch figures ($7.99); and The Child 6.5-inch figure ($19.99).

Hasbro said additional toys and games featuring The Child “will be revealed in the coming months.”

“We’ve been so enamored with the conversation and fan reaction surrounding ‘The Mandalorian’s’ The Child and we know Star Wars fans around the world will be thrilled to see this beloved character incorporated into the Hasbro Star Wars collection of products,” Samantha Lomow, president of Hasbro Entertainment Brands, said in a statement.

For fans of Baby Yoda — who technically, of course, not a younger version of the original Jedi master, but a 50-year-old of the same species — the new products can’t ship fast enough.

Since Baby Yoda was revealed as a key character in “The Mandalorian,” the toddler-like creature has instantly become — undeniably — a major star. “Baby Yoda” was No. 1 on Google’s top-trending searches for babies in 2019, beating out the likes of “Baby Shark” and “Kim Kardashian Kanye West baby.”

In addition to partnering with Mattel, Hasbro and Funko, Disney has rushed out other Baby Yoda merchandise, including T-shirts, phone cases and mugs.