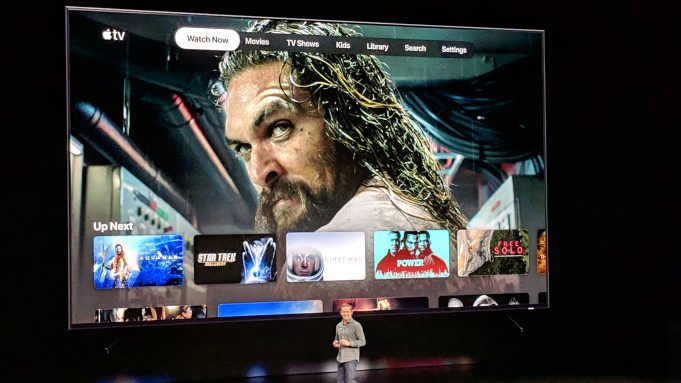 Apple unveiled its much-anticipated video service at a press event in Cupertino Monday, promising a range of originals via its forthcoming Apple TV+ service as well as easy access to third-party video subscription services. But while many of the big names attached to Apple’s video efforts were known beforehand, one significant detail wasn’t: How are you actually going to watch any of this?

The answer, in short: Via’s Apple existing TV app, which is already available on iPhones, iPads and Apple TV, and is scheduled to come to the company’s line of Mac desktops and laptops later this year.

In addition, Apple is also going to bring the app to a range of smart TVs, starting with Samsung this spring, and following with TV sets made by LG, Sony and Vizio. Apple is even bringing the app to streaming devices made by and smart TVs powered by its competitors Amazon and Roku.

The company didn’t give exact timing on those partnerships, but said consumers who use the Apple TV app on their mobile devices would be able to stream videos to TVs made by Vizio, Samsung, LG and Sony via AirPlay 2 “later this year.”

Apple first announced partnerships with TV makers to bring iTunes and AirPlay to third-party smart TVs at CES. On Monday, some of these new partners actually attended the event in person: Vizio CEO William Wang and Roku CEO Anthony Wood could be seen among the crowd, and Samsung’s global smart TV business head Won-Jin Lee is said to have made an appearance as well.

The new Apple TV app got significant stage time Monday, and will soon offer direct access to paid services from HBO, Starz, Epix, and others. Users will be able to start their free trials from within the app, and then pay their monthly bills via Apple Pay. Once subscribed, users can watch episodes directly within the TV app, taking away the need to switch between different apps.

The app also continues to integrate with internet TV subscription services like Hulu, PlayStation Vue, and DirecTV Now, as well as traditional pay TV services like Canal+ and Charter Spectrum. Optimum and Suddenlink will be integrated later this year. However, these paid services still live in separate apps, with Apple TV deep-linking to individual episodes.

One new aspect of the app is a dedicated kids’ section, which clearly took some cues from Netflix’s children’s UI. Content is not only available via shows and categories, but also directly by picking a popular character.

There will also be some added curation for grown-ups, with the Apple TV app suggesting new shows based on existing viewing behavior. “We use advanced machine learning to understand what you like to watch,” said Apple VP Peter Stern.

Apple did not demo the new Apple TV app Monday, but said that it will roll out to iPhones, iPads and Apple TV devices with a software update this May. Macs will get access to the new app this fall.