Apple Drops First Trailer for One of Its Original Shows: Ronald D. Moore Drama ‘For All Mankind’ (Watch) 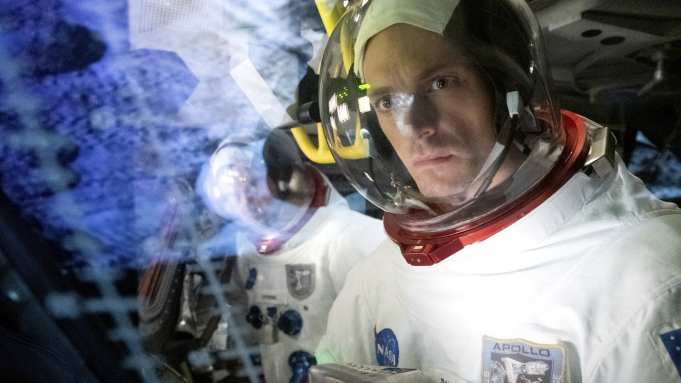 At long last, Apple has dropped a full trailer for one of its upcoming originals.

The first show to get the treatment is “For All Mankind,” the alt-history drama series from Ronald D. Moore that imagines a world in which the space race between the U.S. and the Soviet Union had never ended. Apple unveiled the trailer Monday at the annual Worldwide Developers Conference in San Jose.

“For All Mankind” was created by Ronald D. Moore, Matt Wolpert and Ben Nedivi, with Seth Gordon directing. The show will be available exclusively on Apple TV Plus, the subscription service the tech giant plans to launch later this year.

Apple has been extremely secretive about unveiling anything from their original shows up to now. They previously released a sizzle reel that featured only brief snippets from some of the shows during a press event held back in March.

Among the other shows set to launch on the streaming service are: “The Morning Show,” a drama starring Reese Witherspoon, Jennifer Aniston, and Steve Carell; a reboot of Steven Spielberg’s “Amazing Stories;” the Sara Bareilles/J.J. Abrams series “Little Voice;” and “Dickinson,” based on the life of the famous poet with Hailee Steinfeld in the title role.