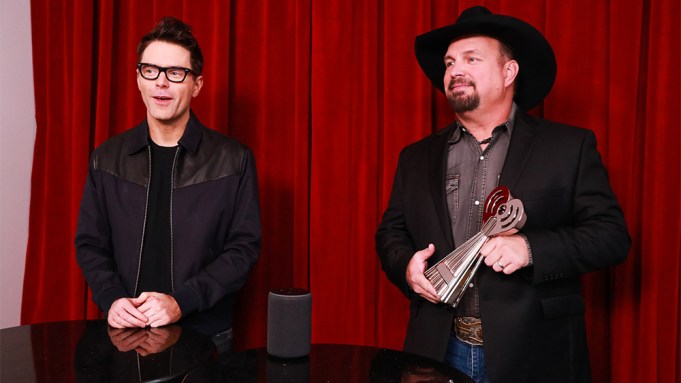 Apparently even AI systems can win awards these days.

Alongside Taylor Swift and 5 Seconds of Summer, Amazon’s famous AI voice assistant Alexa also received an award at this year’s iHeartRadio Music Awards. The Game Changer Tech Award, the first award of its kind presented at the event, recognizes technology that brings music listeners closer to the songs they love.

Alexa received the award from Bobby Bones and Garth Brooks, who was also honored with the Artist of the Decade award the same night. Sitting atop a small table aside the two performers, the AI system delivered a humorous acceptance speech.

“It feels electric,” she said. “I couldn’t have done this without my fans, especially all you ceiling and bathroom fans out there. And a big shout out to Wi-Fi for always supporting me. Without it, I’d be speechless.”

Other honorees at the event, which broadcasted live from LA’s Microsoft Theater include Alicia Keys who was presented with the Innovator Award and Imagine Dragons who was given a nod for Most Thumbed-Up Artist of the Year.

Taylor Swift was in attendance to accept Tour of the Year, recognizing her achievements on the Reputation Stadium Tour, which broke her own record for highest grossing tour by a female artist, selling over 2 million tickets in the U.S. and grossing $266 million.