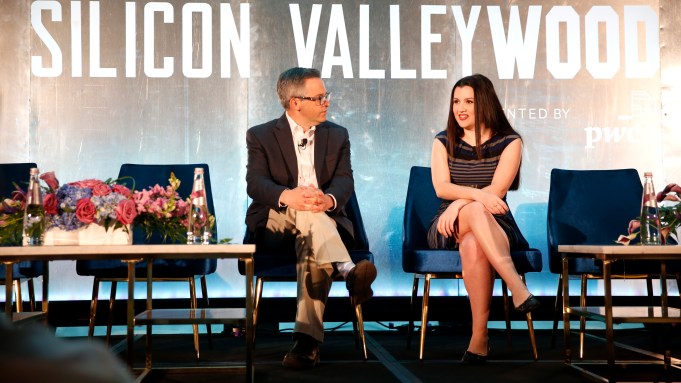 Variety’s first-ever Silicon Valley conference, presented by PwC, didn’t just bring together the worlds of technology and entertainment, it also provided plenty of insights into the strategies of market leaders, creators and senior executives in this space. Here are 10 key lessons from Variety‘s Silicon Valleywood presented by PwC, which was held at the Rosewood Sand Hill hotel in Menlo Park, Calif. Tuesday.

New stories won’t come from companies, but creators. Technology may enable many new story formats. But in the end, the real innovations will come from creators, argued YouTube’s director of content partnerships Malik Ducard, who likened the creativity of storytellers to the way hip-hop musicians invented an entire genre simply by finding new ways to use existing tools. “Sometimes, the best thing that we could do is literally getting out of the way,” he said.

More buyers means better deals. The boom of streaming has led to a lot more buyers competing for content, which can help creators get better deals: That was one take-away from a keynote conversation with comedian Wanda Sykes, who recalled walking away from a Netflix deal when the streamer didn’t offer her enough money. Sykes took her talent to Epix instead, and then went back to Netflix for a new comedy special due to premiere next month. Asked what changed this time around, Sykes responded: “Well, they moved that comma.”

Brands want to spend ad dollars on people who matter. The growth of addressable advertising holds the promise of smarter ad spending, but this will only work if advertisers have the right data to act on. Sony Pictures Entertainment has been working on doing just that, explained the studio’s executive vice president of worldwide consumer marketing Elias Plishner. One example he cited: 12% of movie-goers buy 49% of all tickets, while 24% of consumers never even go to the movies at all. Not spending ad dollars on those 24% is Sony’s “number one priority,” Plishner said.

Facebook wants to be both town square and living room. Facebook CEO Mark Zuckerberg may have been talking a lot about a shift towards private, encrypted messaging in recent months, but Facebook vice president Fidji Simo made it clear Tuesday that the company isn’t getting ready to give up on the newsfeed and similar public venues any time soon. “Both the town square and the living room are important,” she said. Instead of replacing the Facebook newsfeed wholesale, her team was focused on building out new things, including the Facebook marketplace and dating, on top of its existing products, explained Simo.

The divide between Silicon Valley and Hollywood isn’t about culture, but business models. Any perceived divide between Los Angeles and San Francisco is a thing of the past, argued Comcast Ventures managing director Amy Banse. Warner Media executive vice president Dave Beck agreed, to a point. The real differences these days are not about culture, but money, he argued: “It is about how you navigate blended business models.”

Comedy needs to be political in the age of Trump. Wanda Sykes said that it wouldn’t feel right to avoid politics in her stand-up comedy in times like these. “I don’t want to be cracking up at my special while everything is on fire,” Sykes said. She promised that she would eventually throw her support behind a Democratic challenger to the president, but that the field was still too crowded to make that call. Asked for her initial preferences, she said: “I like the old lady, the gay guy, the black woman.”

CBS is selling out on online video ads. CBS All Access is a hit with marketers, revealed CBS Interactive CEO Jim Lanzone. “There’s not a form of advertising hotter than OTT video,” Lanzone said. “It’s premium, it’s addressable. We are sold out basically at all times.” Lanzone said that CBS launched its premium video service in part as a response to trends it had observed across its other digital properties, and insisted that All Access was well positioned to compete with premium services from Apple and others. “We have a tiger by the tail,” he said. “The consumer wants more content from us.”

Traditional marketing is too expensive. The old ways of marketing aren’t effective to introduce new shows to consumers anymore, argued AMC president and CEO Josh Sapan. “The rules have changed,” he said. “The model has changed for how to make something a big deal.” Instead of spending lots of money on traditional campaigns, the industry would be better suited to enlist consumers as their ambassadors, he said, arguing that social media could help get the world out. Said Sapan: “There (are) 7 billion people on the globe, but they are closer together than ever.”

Making online platforms safe could take years. Facebook is nowhere near being done improving the safety and security of its platform, acknowledged company vice president Fidji Simo. “This is gonna be a years-long fight,” she said. Looking back, Simo said that Facebook was ill-prepared for the types of election interference it faced in 2016. Since then, it had made safety its “number one issue,” Simo said. “We are fundamentally not the same company that we were a year ago.”

Trends to watch: voice, Blockchain and interactive storytelling. Asked what kind of technologies they are keeping an eye on these days, Silicon Valleywood panelists mentioned Alexa and other types of voice control as one area where technology is progressing at a rapid pace. Not quite as established, but also on the minds of folks like Comcast Ventures managing director Amy Banse is Blockchain, which could become a major part of the plumbing powering digital advertising. Finally, a number of panelists brought up interactive storytelling in the wake of Netflix’s “Black Mirror: Bandersnatch.” Said YouTube exec Malik Ducard: “I feel like there is more to come.”