Continue to Variety SKIP AD
You will be redirected back to your article in seconds
Dec 5, 2019 8:00am PT 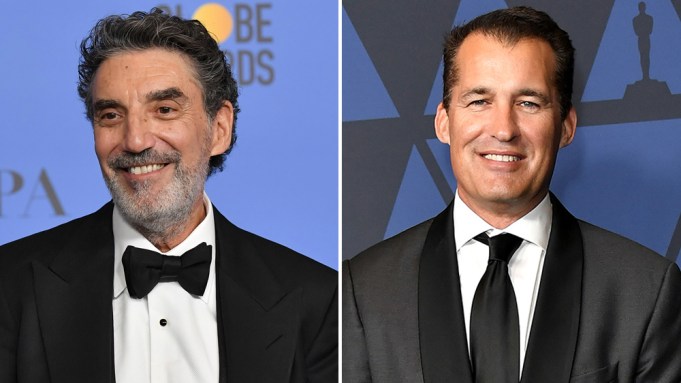 Analytics, monetization and the expanding landscape of entertainment will be the focus of Variety’s Innovate Summit: Discovery & Data Science in Media on Dec. 5 in West Hollywood. The event is presented by PwC.

The summit will feature 32 speakers, each considered industry leaders in the emerging world of streaming. Each panel will speak to the analytics behind entertainment, especially the endless debate about differentiating media in an environment that offers limitless options and how to use data to achieve financial success in said entertainment explosion.

Chuck Lorre, creator of television shows including “Two and a Half Men,” “The Big Bang Theory” and, most recently, Golden Globe-winning Netflix series “The Kominsky Method,” will be a keynote speaker at the event.

“Having been a working musician for 15 years deeply impacts the way I hear dialogue and perceive an audience,” Lorre says. “When you’re playing in a band, in a bar, your unspoken job is to keep people there so they’ll drink more. If they dance, it’s even better. A television audience needs to remain seated as well. I’ve come to really enjoy the streaming binge model. Although, a better word is needed, maybe engorge. It allows for story arcs to easily travel over several hours uninterrupted by commercials.”

Lorre will be joined by Scott Stuber, Netflix’s head of original films since 2017, as a keynote speaker at the summit.

“The most important thing is to give different voices a chance, and give the new people coming into the industry with fresh vibrant stories a shot the same way that the ’80s and ’90s brought Spike Lee, Sofia Coppola, Jane Campion and Quentin Tarantino into this business,” Stuber says, referring to Netflix’s hand in leading the innovation of streaming. “We’re really widening the funnel of filmmakers we work with, and we’ve had great success this year with films from first-time directors like Stefon Bristol’s ‘See You Yesterday’ and Nahnatchka Khan’s ‘Always Be My Maybe.’”

Todd Supplee, who specializes in innovative technologies and business analytics as a media and entertainment client consultant for presenting sponsor PwC, will deliver opening remarks at the event.

“We went from an area with a traditional TV model, which was very curated, and now we’ve gone to the consumer curating,” says Supplee. “The user gets to curate their own content how they like and whether they want to binge it or watch it episodically over a period of time. That creates a lot of information and questions about how I find what I’m looking for.”

With PwC, Supplee has overseen the New World Video Order report, an analysis of audience video consumption and purchasing behavior on streaming platforms, for the past five years. This year’s report revealed that 5% of consumers are still looking for the next best thing, be it Disney Plus, Apple TV Plus and HBO Max launches; cord cutting, i.e. canceling a traditional cable package in favor of streaming services, is now at a lull; and consumers have learned how to “play the game,” with 56% of people willing to terminate one subscription in favor of another when they finish with the content they desired.

Innovate summit panels include New Entertainment Leaderboard: Winning with Esports; Addressable Advertising: TV Industry Flexes Its New Muscle; New Tech Heroes: The CTO Roundtalbe; A Message Is Only as Good as the Audience It Reaches: Trust in Advertising; and The Science and Discovery of Curation in Entertainment.

“There’s a lot of low-hanging fruit to consumers that are hungry with big appetites for more and more content,” Supplee says. “I don’t necessarily think there’s a limit to what we can innovate. Is there a limit to the number of streaming services? Of course, there’s only so much time in a day. There’s going to be more of a prioritization of services as consumers find their best. And then the question becomes how do you compete in that space?”