As TV Consumption Shifts, Streamers Struggle With How to Apply Programming Standards 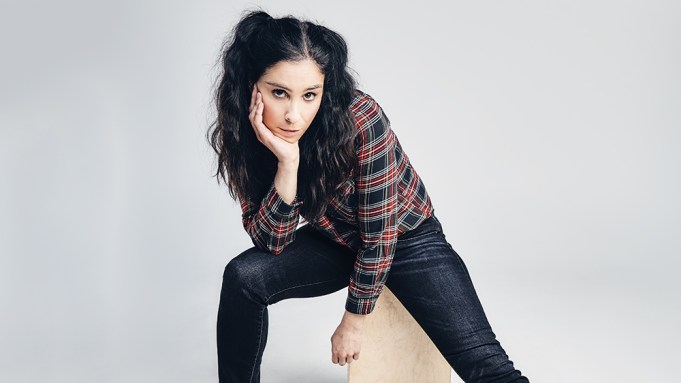 When she launched her ultimately short-lived Hulu talk show  “I Love You, America” in 2017, Sarah Silverman wanted to make a point. This wasn’t a traditional broadcast or cable talk show with content restrictions or language limits — and so she experimented with that freedom on her very first episode.

“Because we can — we’re streaming — why not test the limits of what we can do and see what’s what?” Silverman said, revealing a man and a woman sitting in her audience, both completely nude. “We’re on Hulu, and the human body isn’t something that Hulu deems unviewable!”

Unlike broadcast or cable networks, Hulu doesn’t have a specific standards and practices department — the kind of staffers who examine content and identify anything that might be problematic.

What Hulu does have is a policy where a cross-functional team of execs might be asked to take a look when something requires an extra eye or needs additional consideration. The execs come together from various departments — legal, corporate communications and elsewhere — to weigh in if there’s a debate over a certain piece of content. In the case of the naked duo on “I Love You, America,” Silverman was aiming to illustrate how TV doesn’t often depict nudity in a clinical, nonsexualized manner. Hulu’s cross-functional team took a look and decided that in this context, it made sense for the show.

As new streamers prepare to enter a crowded marketplace and continue to change the way we watch TV, it’s usually without a standards and practices filter. In the direct-to-consumer programming world, there’s no regulatory reason, and usually no advertiser pressure, to distinguish between what might be deemed “appropriate” fare and what might be considered exploitive or unduly offensive.

For many creatives and viewers, the lack of such restrictions is what drew them to the streaming world. At the 2017 Vanity Fair New Establishment Summit, Shonda Rhimes pointed to “no broadcast standards and practices” as one of the reasons she left Disney-ABC for Netflix. On Twitter, “Gravity Falls” creator Alex Hirsch posted a photo of his Disney Channel characters laughing, with the message, “My face when I realized Netflix has no S&P department.”

But execs at the old-school linear outlets warn that it might be dangerous to completely give up that kind of oversight. Standards and practices execs usually keep tabs on how language, nudity, sexual situations, violence or other depictions and themes might be received by viewers (and in the case of commercial TV, advertisers), and also monitor what elements might be problematic down the line. One broadcast exec believes streamers like Netflix and Amazon operate more like studios, and that as a result, they might be missing some key network functions.

“I get letting a creator say ‘s–t’ or ‘f–k,’” the exec says. “But what are you going to say if a show insults China? Or what if you do a show that references a celebrity and then the celebrity dies that week? Are you prepared to take that episode down? The streamers are not fully appreciating some of the network muscles that they haven’t built up.”

Ndidi Oriji, senior vice president of advertising program standards at NBC, says these days, her team does a lot more than just count how many bad words are spoken in an episode. They’re busy working with showrunners to help them tackle sensitive subjects such as sexual assault and harassment, as well as issues of gender and race, which they coordinate with the network’s diversity team. “What we’re looking at is ‘How is this going to affect our audience?’” she says.

In lieu of an S&P department, each streamer handles content oversight differently. Most rely on their programming executives and their showrunners to police themselves.

“I think the streaming services are trying to find their own way around this,” says one drama executive producer, “because you want to be free but you also don’t want to be salacious or gratuitous.”

Of the streamers, Hulu has perhaps the most detailed policy; other outlets don’t have a firm procedure in place, or if they do, they’re loath to share that information. “I think one thing that has been really interesting to see, sitting in traditional media, is that a lot of the streamers have had to grow up,” Oriji says.

Netflix faced that moment when it premiered the teen drama “13 Reasons Why” in March 2017. At launch, the show included warning cards in front of three episodes — including the season finale, which depicted the suicide of its central character. But several mental health experts criticized Netflix early on, arguing that the show could be seen as glorifying teen suicide. After launch, the streamer added a series-level card to the premiere episode that directed viewers to a website with helpline information. By the next year, it had added a cast video series warning that was placed before the Season 1 and Season 2 first episodes. And earlier this year, following reports that there had been a spike in teenage suicide after the show’s premiere, Netflix and producers went back and scrubbed the scene from the Season 1 finale.

It was a journey — and a learning experience -— for the streaming giant. Oriji says many standards executives were surprised to see Netflix caught off guard by the controversy. “Those are the types of things that I think up to now it didn’t have to think about, because it was the underdog,” she says. “But when you’re no longer niche, when you have millions of customers and viewers, then you have to think about how you affect the people who are watching.”

Adds Common Sense Media vice president and editor-in-chief Jill Murphy, whose organization examines the age-appropriateness of programming: “That should have been a great lesson for the industry to understand what should be put in front of kids and families, what kind of warnings do you need in front of content. I completely support and understand the idea of creative freedom, [but] I think they do the consumer audience a disservice by not providing some kind of context as to what you’re about to see.”

Standards and practices execs are necessary at the broadcast networks, of course, because the FCC regulates content over the public airwaves, and advertisers want to know where their messages are playing. When the broadcasters ruled primetime, S&P departments were often derided as “network censors” by producers and stars who saw their scripts noted by overly cautious executives. It often became a game for producers as they determined how many times a certain word might be said or a racy scenario could be seen. Cable was perceived as a space for creators to do more envelope-pushing work outside the confines of the broadcast airwaves. But, Oriji notes, cable networks also employ S&P to make sure programming shares a channel’s core values and voice, and doesn’t reflect poorly on its brand.

“Sometimes people feel like cable is a free-for-all, but it really isn’t,” she says. “There’s a lot of thought that goes into what makes sense for a network. For broadcast networks and established cable networks, we’re very in tune with our audience. Sometimes it may seem like we’re nitpicking, but we know [what’s appropriate for our audiences] because we hear from them.”

Disney Plus and upcoming services HBO Max and Peacock all include programming from their owners’ cable networks and studios, which do have an S&P apparatus in place, so there likely will be some oversight in those instances. Sometimes the resulting disclaimers can be unexpected: At launch, Disney Plus warned viewers that several older library films “may contain outdated cultural depictions.”

“I think they will evolve,” a broadcast network exec says of the streamers. “Being sensitive is just smart business — not overly sensitive, but finding an appropriate level.”

For years, television content was red meat for politicians, who saw slamming TV and accusing it of coarsening the culture as an easy campaign strategy. The advent of TV content ratings in 1997 calmed the debate over programming standards, as viewers now had a tool to warn them what they were about to see. The topic of television standards then settled down — until Super Bowl XXXVIII in 2004, when Justin Timberlake inadvertently exposed Janet Jackson’s nipple during the halftime show and unleashed a new scrutiny on broadcast content, triggering a chill that lasted for years.

The broadcast networks are still hemmed in by FCC standards, but basic cable was limited only by advertiser pressure. That loosened as channels looked to attract young adult viewers who expected a little edge in their shows. As basic cable started emulating premium cable and gravitating to more sophisticated programming (think “Sons of Anarchy” and “The Walking Dead”), those shows came with explicit language and storylines — and under TV-MA ratings (for mature audiences).

“With so many more TV choices, people can avoid the s–t that they don’t want,” the TV showrunner says. “So that really helps. I don’t think anyone is as surprised by harsh television anymore. People aren’t quite as blindsided. If you turn on ‘Game of Thrones,’ you know you’re going to see nudity and violence.”

But in streaming, autoplay video and tiles that automatically roll out video can still surprise viewers with something they don’t want to see, and storyline choices might still shock audiences who aren’t prepared for a certain element. “The moment you’re offending them, not being transparent with them, not giving them the information they would expect, if they’re seeing something on their platform that feels egregious, they take to social media, they cancel their subscription,” Murphy says.

Viewers are now used to more than 20 years of the TV content ratings system, which is why the streamers are now all using the same letter grades. However, only Hulu is a member of the TV Parental Guidelines Monitoring Board, along with the broadcast and cable conglomerates, which means everyone else is doing it themselves with no oversight. Netflix and Apple have dedicated internal departments devoted to rating every episode of their series, while others give a series the same rating for all episodes. Netflix’s group of ratings policy strategists, which was formalized about two years ago, works with the company’s creative executives to assign ratings. A caveat: Insiders say if one episode of a series receives a TV-MA rating, then every episode receives a TV-MA.

“I don’t know that it’s always first and foremost when the streamers are developing their platforms,” Murphy says of content guidelines. Some of the streaming sites include Common Sense Media rankings in their show descriptions to supplement those ratings, but, she adds, “The responsibility really falls on the content creators on what is appropriate and what age should be targeted. Is that the best we can do? We could probably do a little better.”