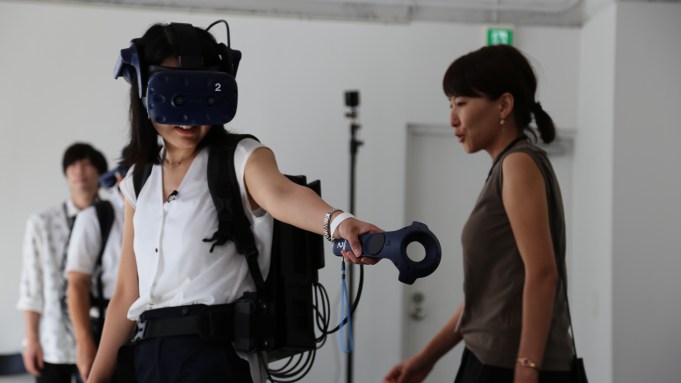 Japan’s NHK is to launch a virtual reality experience “The Time Machine” that it will unveil next month at the SXSW convention. By taking users back to 1964, the last time that the Olympic Games were held in Tokyo, it is intended as a celebration of the Japanese capital in the lead up to next year’s summer Olympics and Paralympic Games

By using old photographs gathered at that time, the producers have reproduced a past environment. Initial focus is on the busy Shibuya district, which includes the Hachiko statue at Shibuya’s JR train station, the Tokyo Cultural Center (Tokyo Bunka Kaikan), Miyamasu-zaka Hill, and the location where the current Shibuya 109 building currently stands.

“The resulting product demonstrates the possibility for curious and nostalgic minds to revisit any place at any time in history,” NEP said in a statement. The producers are appealing to the public for more material.

“Imagine witnessing a historic moment that changed the world, experiencing a legendary concert with many people, or retracing the nostalgic streets where you had many dates with a loved one when you were young. These are feats requiring travel beyond space-time that were merely human dreams: dreams that can soon be realized through VR technology and new ideas,” said Daisaku Kawase, project leader and executive producer, production headquarters at NEP.