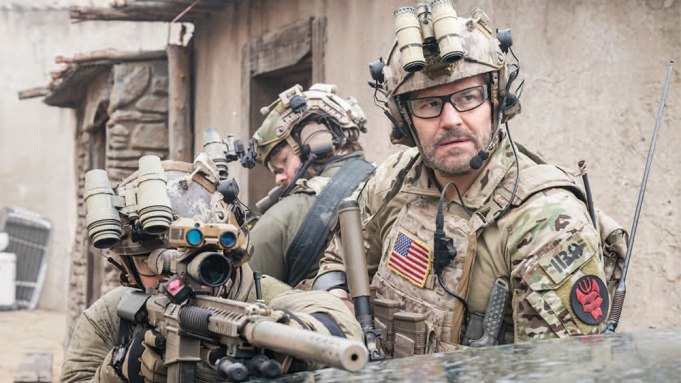 Variety will continue its tradition of honoring entertainment and media figures who support veterans’ causes at its third annual Salute to Service luncheon presented by History. Among the 2019 list of honorees confirmed to attend the event, which takes place on Nov. 6 in New York City, are Dexter Goei, chief executive officer of the telecommunications company Altice USA; Meghan McCain, “View” co-host, ABC News contributor and daughter of the late U.S. senator and decorated war veteran John McCain; three-time Olympic gold medalist Shaun White, who will receive an award from the USO; and CBS Evening News anchor Norah O’Donnell.

Also receiving awards for their contributions to veterans and military causes are David Boreanaz, who will accept his award on behalf of his CBS series “SEAL Team”; singer-songwriter and entrepreneur Donnie Wahlberg (CBS’ “Blue Bloods”); and Lou Diamond Phillips, who is on the Fox series “Prodigal Son.” Rep. Tulsi Gabbard (D-Hawaii), a veteran and a Democratic presidential candidate, is also an honoree.

In regard to the Salute to Service honor, Goei tells Variety, “Altice USA is grateful for the sacrifices our veterans and their families have made for our country. We take great pride in supporting veterans and their loved ones by creating a work environment that is welcoming and supportive of their needs. We also take seriously our responsibility to impact veterans far beyond our own walls and are appreciative of the opportunity to work with community partners to help give back in many ways to those who have given so much of themselves. The honor of receiving this award is shared with my thousands of colleagues who work together to make Altice USA a truly inclusive environment for everyone.”

For O’Donnell, the award has personal significance. “I have immense respect for the men and women who serve our country,” she says. “I grew up in a military family. My father was drafted into service during Vietnam and stayed for more than three decades. My sister has followed his footsteps and is a surgeon at Walter Reed. So I have witnessed firsthand the sacrifices our men and women in uniform — and their families — make to keep us safe and free. I’m grateful to have a platform where I can shed light on the challenges military families face, and to highlight the incredible work they are doing at home and abroad.”

McCain has remained publically devoted to the memory of her late father, espousing the tenets of patriotism and courage that he exemplified. For her, this award strikes extremely close to home.

“I’m honored to be part of Variety’s Salute to Service. Veterans are the backbone of our democracy and freedoms,” she says. “As many people know, I come from a military family, my father courageously represented the strength of his country as a POW in Vietnam and I am so proud of my two brothers who continue to serve. I will always do anything I can to support our troops and shine a light on their bravery.”