Miley Cyrus Pulls Out of Woodstock 50 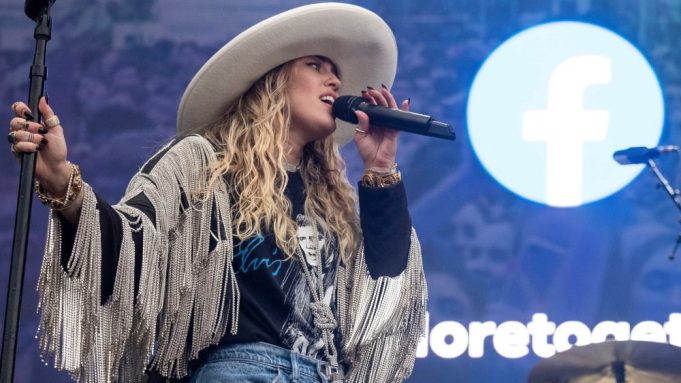 It’s been a tough 24 hours for Woodstock 50: Headliner Miley Cyrus has pulled out of the festival, multiple sources tell Variety, joining the Raconteurs, the Lumineers and original Woodstock 1969 performers Santana, John Sebastian and Country Joe McDonald, all of whom since last night have said publicly that they’re not performing. Earlier, headliners Jay-Z and the Dead & Co., as well as John Fogerty, confirmed that they will not be performing.

While the status of Imagine Dragons and the Killers — the last two headline-level acts not to pull out — was unclear at the time of publication, the festival is not listed in the upcoming tour dates on either act’s website, and reps either declined or did not respond to requests for comment.

Regardless, sources tell Variety that the festival is moving ahead as a one-day event, and that so far four or five acts, including the Zombies, have agreed to perform. A source also said that a broadcast partner has been contacted and asked to budget out a single day’s performance.

Contacted by Variety, a rep for the festival had no comment.

The festival remains scheduled to take place at the Merriweather Post Pavilion outside Baltimore the weekend of Aug. 16 to 18, although this revised plan probably means the concert would take place on either the Friday (for which the venue’s capacity is 20,000) or the Sunday (for which is it 32,000), because the Smashing Pumpkins are scheduled to perform their own show at the venue on Saturday, the 17th.

One group that has kept the faith all along has been the Zombies — the only group so far to confirm to Variety that they’re still on board.

“I’ve always believed it would happen, which might sound kooky, but we’re at a messed-up moment in time right now and the spirit of Woodstock is something that we need,” comanager Cindy da Silva tells Variety. “And also, the tenacity of that team has been incredible.

“If this was any other festival I’d say ‘Give it up already,’” she continues, “but maybe the way it’s happening is right: It shouldn’t be for profit, it should be about peace and love and music and charity and people coming together. If it turns out the way it looks like it should, I do believe it’ll be a powerful event that could be a moment of change. Maybe there’s a reason it hasn’t gone away yet.”

Da Silva said one of the charities in line to benefit from the festival, if it happens, is the voter-registration organization Head Count.

While some reports have said that the festival will be “free,” like everything else involved with Woodstock 50, the details are maddeningly vague: The “free” moniker seems loosely tied to the concept of a benefit concert, though it’s unclear which charities may partner with the fest or whether attendees would simply be “encouraged to donate.”

Woodstock 50 lost its original site in Watkins Glen, New York and a second alternative in Vernon, New York due to permit issues, and has a tentative hold on Merriweather Post. Seth Hurwitz, of Washington D.C.’s 9:30 Club and I.M.P. Concerts, who operates Merriweather, has been tasked with putting on the show, “if it’s real,” he told Pollstar.